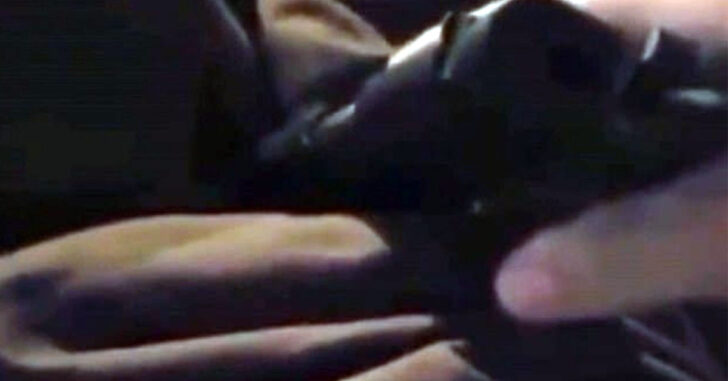 When we originally wrote on the topic of certain gun owners taking photos of themselves pointing their guns at their d***s, it was already a thing for a while, apparently.

Let’s fast-forward to a few days ago when on August 11th, one of those morons actually pulled the trigger with a round in the chamber of his 1911.

The Facebook group ‘Loaded Guns Pointed at [B]enis’, which now seems to be a thing of the past, is where the video was posted. All have since been removed, but we were able to get some screenshots of the madness that these folks find entertaining.

Speaking with Vice, the admin of the Facebook group had a few strange things to say.

“[He] is 100% okay, actually went to work the next day,” the admin wrote in a Facebook message. “The reason we are calling him king is partially because the poor guy already shot himself, don’t think he needs to be chastised as well… I’m quite sure he’s learned his lesson without the entire world calling him an idiot.”

I disagree, entirely. The world, or at least responsible gun owners, should be calling this guy out for his irresponsible behavior. He is exactly the type of gun owner that we all strive not to be, and is a true embarrassment to gun owners with actual brains in their heads.

Previous article: Two 'Mass Shootings' In Cincinnati, 17 Shot And 4 Dead, All Within 90 Minutes Next article: Two Shot By Concealed Carrier During Attempted Robbery At FL Mall