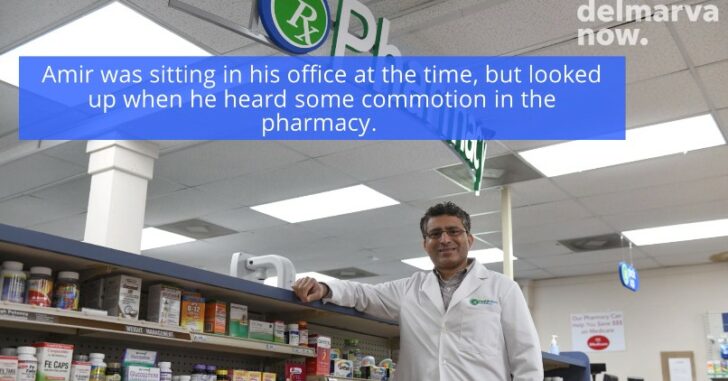 It’s almost as if they weren’t expecting a fight.

Wasim Amir, owner of Karemore Pharmacy, grabbed his revolver from his desk once he realized that an armed robbery was taking place at one of his locations.

“I don’t know much about guns,” said Amir, “but it was a big gun and looked like an assault weapon.

While we all know that ‘assault weapon’ is a made up term, Amir was correct with his thought that things were bad. Instead of giving in to the armed robbers’ demands, Amir made the decision to fire on the criminals.

“The man with the rifle ordered everyone down on the ground,” Amir said, “including one customer, a woman, who happened to be in the store.”

“When he saw my revolver, he yelled to the other man to run, saying ‘He has a gun’ and both of them started running away. I fired once in their direction, but it doesn’t seem like anyone was hit.”

The lone bullet hit the store’s front window and shattered the glass, but it was enough to send the two armed criminals running.

They were picked up by police and charged with numerous crimes, all because of good police work and a business owner refusing to be another statistic of crime.

Previous article: Pair Attempts Armed Robbery On Two Cable Repairmen, Not Knowing That One Of Their Targets Was Armed Next article: My Experience With Campus Carry As A 19 Year Old Female Student