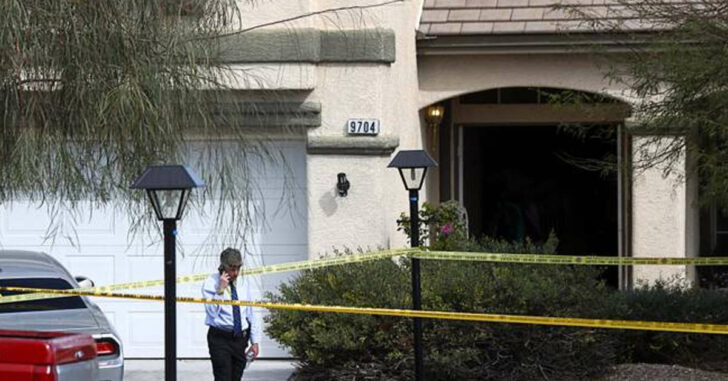 LAS VEGAS, NEVADA — A woman called 911 from her home and told the operator that she shot her ex-boyfriend in self-defense after he attacked her. When first responders arrived, they took the man to a nearby hospital where he was pronounced dead. Investigators are checking into the details of the case but it is being treated as self-defense.

According to the Las Vegas Sun, the shooting took place around noon. The woman appears to be cooperative with the police investigation.

Instances like this are, sadly, not as rare as I’d prefer. Whether there was any indication that he planned on attacking her or just showed up to plead his case remains to be seen. It really doesn’t matter, though. If you attack someone at their home, your intent is obviously maligned.

Romance is tough. Sometimes things don’t work out like either party would expect. A simple break-up may suffice for one but not the other. And then, a person gets to discover who their former lover really is. In this case, it turns out he was someone willing to exact violence to get what he wanted.

He picked the wrong girl to pull that card on.

Having covered these types of events for the past two years, I can readily say that it sometimes goes both ways. Sometimes it’s the woman showing up to the house with a guy in tow, intent on kicking in the door and making a scene.

What a few, rare people don’t seem to recognize is that no matter what the previous Facebook status was for relationship, none of it holds water the second violence enters into the picture. Sometimes it’s a bitter pill to swallow but it’s a whole lot better swallowing that one than a lead pill. That’s not to say every romantic scuffle needs to go that way. There’s a lot of options on the table: verbal warning, written warning, restraining orders if you feel your life is being threatened, and, obviously arming yourself appropriately if nothing else seems to work.

A scuffle and fight for survival are two very different animals, though. A hard break-up with harsh words and a bag of clothes thrown out the window is no occasion for a gun. If a situation can be de-escalated by simply getting out or walking away, then perhaps that’s a better way of dealing with it.

This scenario, though, doesn’t appear to match up with the former situation. It appears that he was inside her home and attacked her physically before she used a gun to defend herself. That’s a call no one is excited to make.

Delete Tinder and carry on.

Previous article: Going Armed: Considerations for Traveling with Firearms Next article: Assailant And Armed Victim Meet Up In The Hospital -- Botched Robbery Leads Neighbor To Consider A Taller Fence