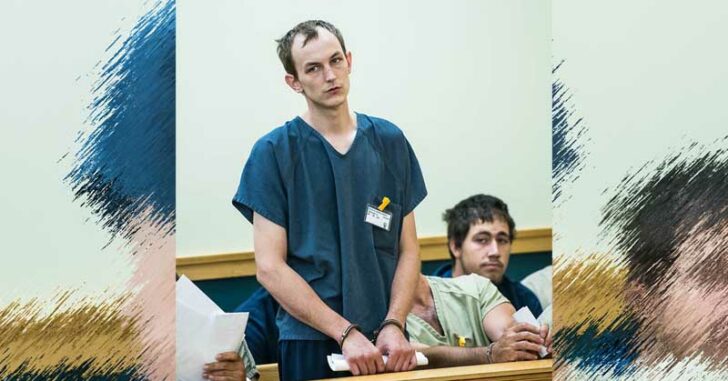 The clerk, apparently not believing them at first, asked for clarification.

The clerk asked them what he could get them.

The men said, “All of your money.”

The clerk asked if they were robbing him. They said they were.

He asked them if they were joking. They said they were not.

The clerk again asked if the two were robbing him. They said they were.

At this point, the clerk was confident that the two men were up to no good and drew his concealed carry firearm and pointed it at them.

They immediately changed their tone and said they were just joking about the robbery.

The two men, Billy Wilson, 20, and Nicholas Gibbens, 24, left the store after the clerk told other employees to dial 911 to report the robbery.

At the end of the day, it seems that the two men were actually joking… Regardless, they’re not the brightest people in the world and are lucky the clerk acted with restraint.

According to a police affidavit, Wilson said he and Gibbens went to get a drink and some doughnuts at the store, where they usually know some of the people working. Wilson said that when the clerk asked the men if he could get them something, Gibbens told the clerk, whom they didn’t recognize, that he needed “a lot of money.”

The clerk asked if he was being robbed. Wilson acknowledged Gibbens said it was a robbery, and he confirmed the clerk’s version of the verbal exchange with Gibbens. Then, he said, the clerk pulled a gun.

Wilson told the clerk that Gibbens had just been joking and they didn’t need money.

After telling the clerk he was sure they were joking, the clerk lowered the gun.

Wilson told police he hadn’t believed the joke would go that far.

The clerk told them to leave and not return.

These two winners were later found and arrested. If this were a 100% attempt at a ‘joke’, let’s hope these two young men have learned the difference between being funny and being stupid.

So many dum-dums out there.