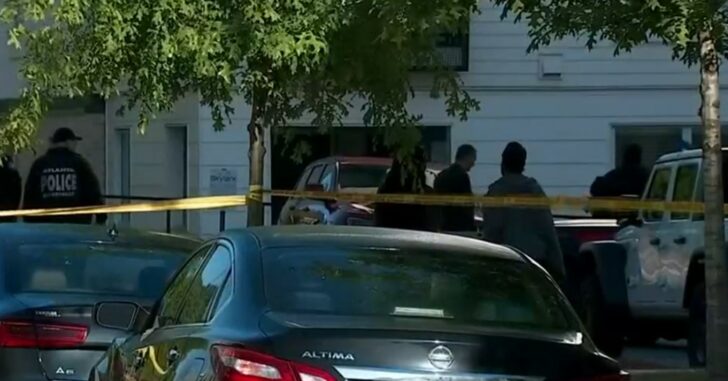 ATLANTA, GEORGIA – One teen is dead and another injured following an exchange of gunfire with another man. According to police, the 15- and 17-year-olds were allegedly breaking into cars near the Skylark Apartments on 1099 Boulevard SE.

The pair was confronted by a resident of the apartments and gunfire erupted. Both teens were shot but managed to flee the scene in a Jeep truck that they allegedly stole from the complex. A short time later, police were called to the Forest Cove Apartments on New Town Circle, about a mile-and-a-half from the incident scene.

Upon arrival, they found one of the teens dead. The other teen, who was injured, was transported to a local hospital. Police have not identified the teens nor said which one was killed and which one was injured. They have also not released the names of anyone involved in the incident.

An officer on scene told a local media outlet that the shooting appeared to be a case of defense after the car owner was threatened by the teens. Georgia is a “Stand Your Ground” state that allows citizens to use deadly force to defend themselves or their property if they believe such force is necessary to prevent death, bodily injury, or a felony.

Twenty-six other states have stand your ground laws. While most all have very similar language regarding the use of lethal force to prevent death or bodily injury, only a few of them will allow the use of deadly force to protect property. Every citizen should learn the laws of their state, or any other state that they may be traveling through or visiting.

Previous article: Gun Owners Of America And Stephen Willeford Release Statement Regarding The Mass Shooting In Buffalo Next article: Man Doesn't Back Down After Being Shot In The Foot During Argument