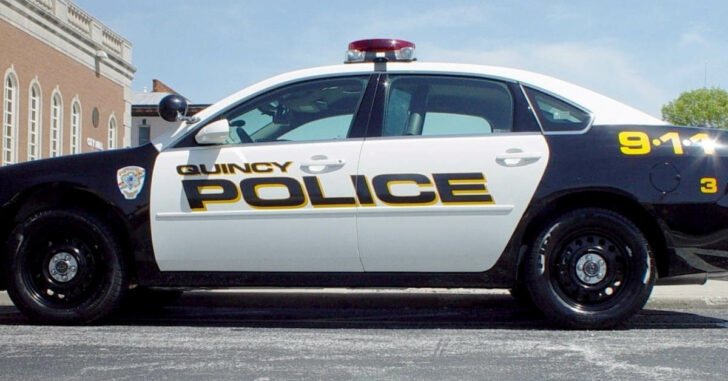 GREATER BOSTON METROPOLITAN AREA (QUINCY), MASS — Quincy Police Department announced via their Facebook page that they detained a man who claimed he fired shots at another man in response to a road rage incident. The concealed carrier told police that a man got out of the vehicle and charged at him with a knife. He pulled his handgun and fired two shots. His alleged attacker left the scene before police arrived. On Tuesday, March 21, 2017 at approx. 7:36pm, Officers responded to Kendrick Ave on a call of shots fired. Upon arrival, Officers spoke to the reporting party. She stated she heard a male’s voice in her yard, followed by what she believed to be gun shots. Quincy Police also spoke to a male party who stated he was the victim of a road rage incident. The male party (whose identification is not being released) stated a passenger in the suspect vehicle exited the car and charged at him with a large knife. The male party stated that he fired two shots.

Detectives arrived on scene and located two shell casings. No injuries were reported. The male party, who fired the shots, has a valid License to Carry (LTC) Firearms. The LTC was confiscated along with any/all firearms in his possession. Detectives notified the issuing authority for his Firearms License. This is an ongoing investigation.

Without any further investigation into the matter, Quincy Police took away that man’s right to carry a firearm based upon his use of it to defend his own life from an imminent threat.

In almost any other state, there would have been additional steps in that process before law enforcement would make that sort of determination. In quite a few states, a judge would have to make the call as to whether or not that permit should be revoked.

Not in Massachusetts. Not in the Greater Boston Metropolitan Area.

This state makes it so difficult for a person to defend himself — and it’s something every License To Carry Firearms permit holder needs to know.

In a scenario where a man attempts to attack another man with a knife, the man who is about to be attacked has every right to defend himself. That’s natural law. However, in the Commonwealth of Massachusetts, that natural law is countermanded by state code.

Namely, the Commonwealth of Massachusetts has a rare clause called “Duty to Retreat”.

This is the opposite of “Stand Your Ground”.

In “Stand Your Ground”, so far as you have a legal right to be somewhere, you have no duty to retreat from an attacker.

In Massachusetts, you have a duty to exhaust all possible options prior to exercising deadly or non-deadly force.

While Massachusetts DOES superficially acknowledge the right of a person to defend himself, the state specifies that the person must have attempted to flee or de-escalate prior to the engagement.

Make no bones about it: in Massachusetts, despite what the law says, you pretty much need to prove beyond a reasonable doubt you had no other options.

The law states that’s not so — but that’s not how local judges and juries will interpret it.

Depending upon the judge and the jury (and his expensive legal representation), this man may be able to get his firearm and LTC back after the investigation and trial. Until that time, he has to go unarmed through Boston.