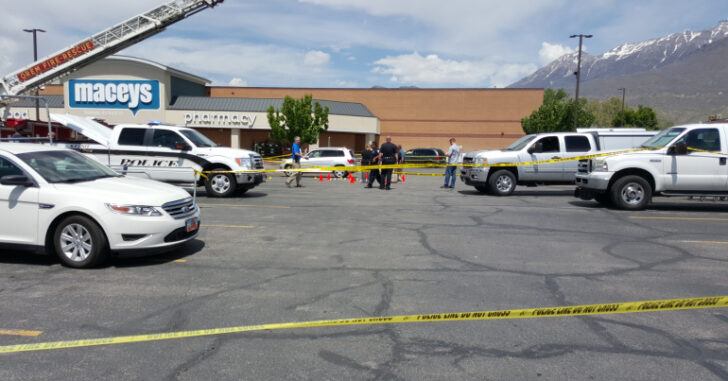 OREM, UTAH — A suspect is dead after a concealed carry permit holder shot and killed him during a carjacking.

The incident happened a ways away from the beginning of the story when a group of people were seen fleeing in a vehicle from a reported fight. During their getaway, they hit a curb. The suspects got out of the vehicle and ran, and one of them decided to steal a pickup truck.

He then drove the truck to a grocery store named Maceys and left it there. He then went on to attempt to steal a car from a person in the parking lot. An alert –and armed– passerby noticed the confrontation and decided to get himself involved.

The armed citizen, identified as a 31-year-old man, told the suspect to get out of the vehicle. When the suspect got out, he immediately lunged at him. It is at this time that the armed citizen felt threatened and fired his handgun.

The suspect was hit with a single bullet and was transported to the hospital, where he later died of his injuries.

Based on the storyline above, do you feel that you would have involved yourself in a similar situation?

Previous article: TN Governor Signs Lifetime Concealed Carry Permits Into Law Next article: 11 Things That Everyone Should Know About Your Average Gun Owner In America