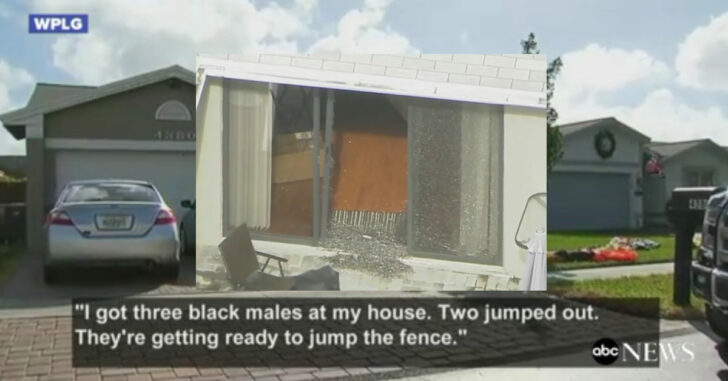 SUNRISE, FLORIDA — A homeowner shot and killed one of three suspects alleged in a violent home invasion of his property. The three suspects were first spotted when they pulled in front of his house. He didn’t recognize them and according to court affadavits, he feared for his life and armed himself with a shotgun.

According to court records obtained by ABC News, Jose Coleman, Curtis Jefferies, and a third accomplice approached the back door of the home. The homeowner was on the phone with 911 when he fired the first time. The shot missed and he followed it up with a second shot, which wounded the third suspect. The third suspect then reached for something and was met with a third, fatal shot. He collapsed on the scene while Coleman and Jeffries fled.

Both were later apprehended and positively identified by the homeowner in a line-up. They will now be facing charges both related to the violent attempted burglary as well as the death of their friend. In Florida, when you’re committing a violent felony, you can be charged with the murder of any of your accomplices that go down during the event — despite not having willfully killed them yourself.

You would think this would develop a “no man left behind” type of honor amongst thieves, but it’s pretty apparent that’s not the case. They left their comrade behind and he was pronounced dead.

In court testimony, one of the suspects admitted to committing the crime while the other alleges he was merely the getaway driver. Both will still likely face charges relating to the death of their accomplice.

No honor amongst thieves. But all the more reason for a homeowner to take these matters extremely seriously. These suspects were not dissuaded by the fact the homeowner had a shotgun leveled at them on their approach to break through the back glass patio door. If he had not fired because he was in fear for his life, they likely would have treated him rather poorly.

Take threats to your home seriously. Don’t wait for the bad guys to have the advantage. The homeowner did the right thing — got in contact with authorities, armed up, and defended himself. It’s what we all should do when faced in those circumstances.

Unsurprisingly, authorities have absolutely no intention of charging the man for defending himself inside his home. These two suspects are going away for a long time and the third will never be a threat to anyone ever again. That’s what we’ll call a win for ‘the good guy with a gun’.

Previous article: Two Burglaries, One Night -- Two Very Different Results. Are You Ready To Keep A Firearm Yet? Next article: Home Intruder Learns Too Late That Occupants Of California Home Are Armed