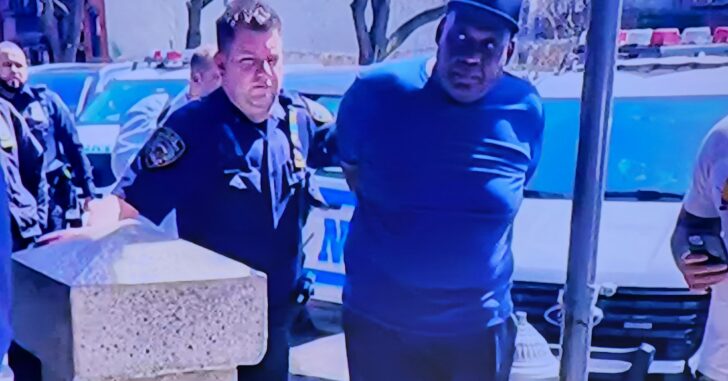 Update: The suspect was taken into custody without incident at 1:42 pm by the NYPD after a crime stoppers tip.

The suspect has 9 prior arrests in multiple states.

A 9mm Glock was used in the attack and purchased in Ohio. That gun was located at the scene, alone with three magazines.

The lone suspect in a mass shooting in a NYC subway Tuesday morning has been captured after a tip from the public.

He was spotted by bystanders who saw him wandering around, and they quickly called police after recognizing him from media photos.

The suspect was captured as he was walking down the street in the East Village, carrying a bag with unknown contents.

10 people were shot and 23 others injured during the attack. A total of 33 shots were fired.