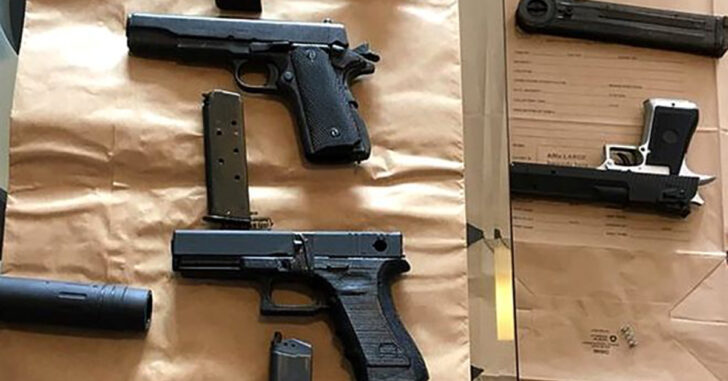 Australia has some of the world’s most extreme gun regulations. Even so, by jumping through a great many hoops, carefully filling out the right forms over several months, you can own and use a significant number of firearms. The regulations are a wish list of most of those proposed by gun hating activists from around the world.

They were rushed through the Australian political machine with amazing speed. The trigger event was the Port Arthur massacre. The process was aided by a fully cheering Australian media and the Prime Minister, who openly hated guns.

I reviewed the regulations over time. Some are simply baffling.

What is the point of including BB guns in the same class as shotguns? Why are airgun pistols placed in the same category as .357 magnum revolvers? Why are many types of slingshots are illegal?

And why are non-firing replica guns treated the same as real guns? Despite this, it’s not hard to get a hold of a replica gun in the Land Down Under, as noted in this article:

Getting a gun replica sent directly to your door isn’t difficult — but you will be breaking the law and the risk probably isn’t worth it. The maximum penalty for importing imitation firearms without import approval is currently $275,000 and/or imprisonment for 10 years.

Here is the definition of an imitation firearm, from the nsw.gov.au

An imitation firearm is defined in section 4D of the Act as an object that, regardless of its colour, weight or composition or the presence or absence of any moveable parts, substantially duplicates in appearance a firearm but that is not a firearm. An imitation firearm does not include anything that is produced and identified as a children’s toy.

Carve a wooden pistol that looks real, and you have committed a felony that can land you in jail for years. As Australian Sicen Sun found out. From 9news.com.au:

A 27-year-old Sydney man on Tuesday became the first person in NSW to be charged with possessing blueprints to manufacture firearms after detectives raided his Bronte apartment.

Sicen Sun was granted bail on Wednesday after Waverley Local Court heard he was “something of a fanboy” who allegedly made the guns to resemble those in TV shows and games like NCIS and Call of Duty.

But Detective Inspector Joe Doueihi, of State Crime Command’s Firearms Squad, said imitation firearms were treated just the same as the real thing under the law.

“He just took it that extra step,” Det Doueihi told reporters in Parramatta.

“That’s no defence in the current law, he’s committed a serious criminal offence and that’s why he’s before the court.”

The detective said Sun faces maximum sentences of 20 years for manufacturing a firearm and 14 for possessing the blueprints.

But Mr. Sun did not just possess 3D printed imitations. He also had air pistols!
From yahoo.com:

As RF would say, this is what happens to a disarmed populace.

©2017 by Dean Weingarten: Permission to share is granted when this notice and link are included. Gun Watch