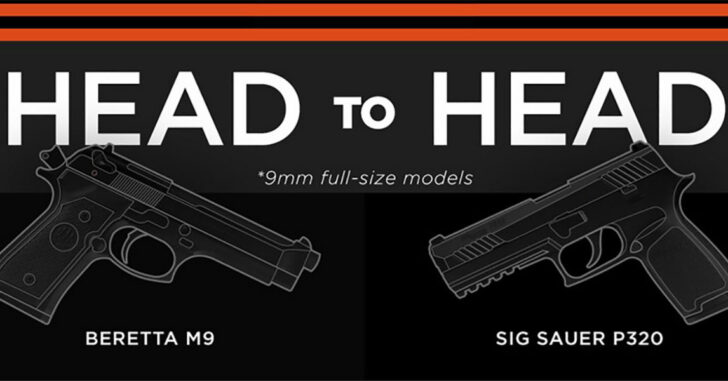 The Beretta M9 will be replaced by the Sig Sauer P320 as the Army’s standard-issue pistol after a lengthy and rugged debate. Many have questioned why the change is occurring, and our friends at TacticalGear.com have put together a head-to-head comparison infographic to go over some details.

While we covered this a few weeks ago, it’s still nice to take a look at this excellent comparison below.

5 things you should know about the Modular Handgun System competition:

Previous article: Airport Terminal Carry Maps Aren't Always Reliable, And Could Get You Arrested Next article: Cause And Effect: After You Use Your Gun To Defend Yourself, Expect Delays