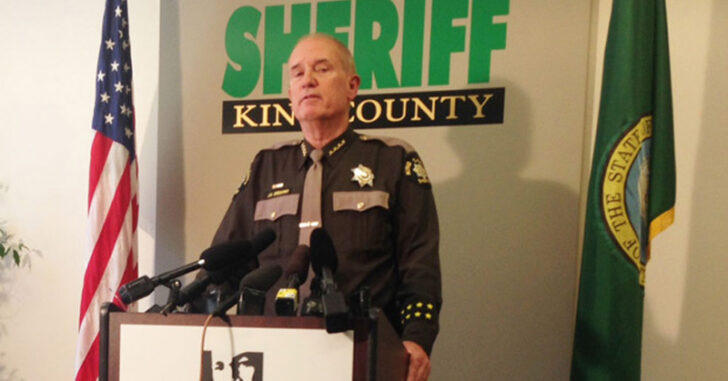 SEATTLE, WASHINGTON — King County Sheriff John Urquhart is making sure that his county is as safe as possible and has been encouraging his deputies to carry their firearms even while off the clock.

“What I am worried about, what causes me to lose sleep at night, is a homegrown terrorist,” Urquhart said. “That’s somebody that hasn’t come over from Syria, that’s not an official part of ISIS, but has been radicalized by ISIS by their propaganda.”

“They’ve been implored to take action wherever they are, around the world,” he said. “I’m afraid of a homegrown terrorist that does something here. It’s going to be a soft target.”

While his comments regarding concealed carry were focused on his deputies, Sheriff Urquhart was asked specifically about citizens with permits to carry, and whether or not they should carry as much as possible as well.

He possibly, maybe, kinda hinted that citizens should indeed do the same thing.

The typical canned response is to tell citizens to be a good witness, call police and let them handle it when they get there. Truth be told, the police usually aren’t there when you need them. It’s nice and refreshing to see someone in Urquhart’s position give it to us straight.

And with that, we say Carry On.