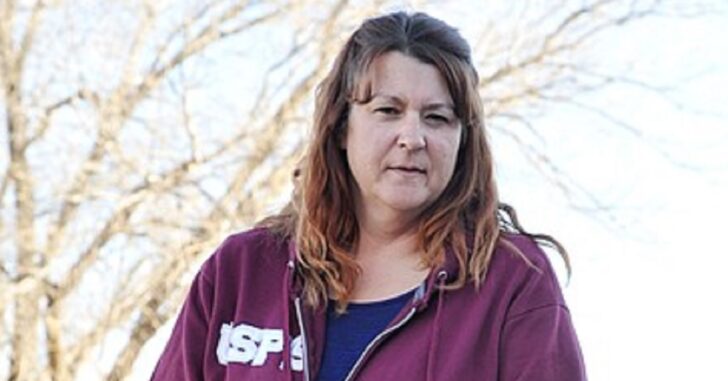 Ladies and gentlemen, prepare for a cringe-worthy story of what happens when two unwise, unreasonable people are found in a potentially deadly situation.

In Prescott Valley, Arizona, a postal worker had a firearm drawn on her by an over-zealous house-sitter who believed that she was stealing packages rather than delivering them.

Guess the house-sitter just had a suspicious face.

According to The Daily Courier, postal worker Sarah Cox was delivering packages in the early evening when she stopped at a house whose caretaker would leave her traumatized.

She reached into her truck to get the package(s) that were to be delivered to the property, and that’s when she was confronted.

“I went to move my car up a little bit, and I heard somebody say, ‘Don’t move,’” Cox said according to The Daily Courier.

“I turned around standing outside her car, and she said, ‘Don’t move’ again.

“When I looked closer, I saw the gun in her hand, that she was pointing at me.”

Cox immediately dropped scanner and packages and put her hands up in the air.

“She asked me what I was doing, I said I was delivering packages for the post office,” Cox said.

“She accused me of stealing packages, and the whole time this was going on, she was still pointing the gun at me.”

After the house-sitter looked through the car, which she did with the permission of Cox, she put the gun away and apologized.

And here’s where things get cruddy for both people involved.

Cox returned to work, and her supervisor told her to call the police.

Police talk to both Cox and the house-sitter, who said “numerous times that she kept her handgun at the ‘low ready’ and did not directly point her handgun at Cox,” according the Prescott Valley police report as reported by The Daily Courier.

The report also stated that the house-sitter wished to convey her sincere apologies to Cox, and that Cox didn’t intend to press charges.

Cox denies saying that she didn’t want to press charges, and offered an opinion on the matter.

She wanted to decide how the house-sitter was penalized.

“I don’t want to see the woman go to jail, but I think she shouldn’t have a handgun, at least,” Cox said. “She should have written down my license plate and called the police.”

That’s not really her call to make — obviously.

Prescott Valley Police Chief Bryan Jarrell said that she indicated she did not want charges pressed. “If she has changed her mind she can come in to the department and we will do the follow-up,” he reportedly wrote in an email. “We have not heard from her.”

In one corner, we have a former law enforcement officer preparing to use deadly force to stop a petty theft. In the other we have a postal worker who wants to strip a woman’s gun rights away despite having said she doesn’t want to press charges.

Neither of these people appear to have a proper understanding of defensive gun use, and it’s deeply saddening.

Previous article: Woman Grabs Gun When Faced With Home Invader, Asks Him To Leave Next article: 10 Ways To Get Kicked Off The Range -- If You're Lucky