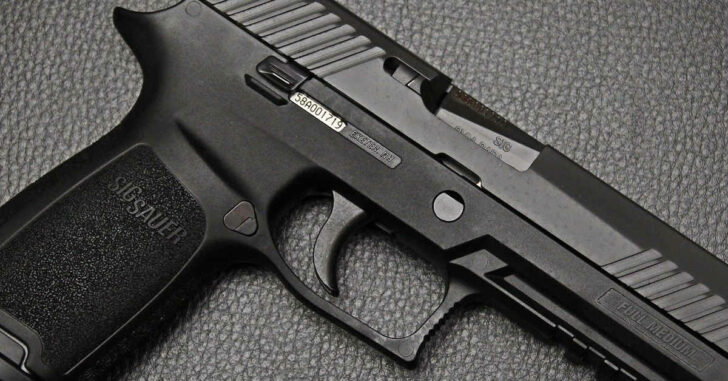 Recently, the Marine Corps gave indications that if the U.S. Army selected the Sig Sauer P320, it would go the same route. The Beretta M9 is a very versatile double-action/single-action handgun but the military has made more than enough noise it’s ready to move on to bigger and better things.

So, what’s the big difference that the Sig Sauer P320 offers that the Beretta M9 doesn’t?

The big difference appears to be the level of customization and modularity to the P320. It can accommodate more accessories like lights, lasers, and optics.

via the Marine Corps Times

“In most cases, these capabilities will be met with a full-size pistol,” Billy Epperson of Marine Corps Combat Development Command said. “Marines executing specialized missions, however, may require a concealable pistol, which would be met with the compact version.”

Sig Sauer will undoubtedly need to bump up production considerably to keep up demand for both the Army and the Marine Corps if they decide to go that route.

Of course, Sig Sauer offers specialized versions of each but the ability to interchange accessories from one platform to another quickly and efficiently would make it a valued asset in the Marine Corps.

In terms of how this affects concealed carriers in the general market, my best guess would mean a glut of old Beretta M9s hitting surplus. The Beretta M9 is a very formidable pistol and can be feasibly carried concealed. This would also significantly drop the price of a Beretta 92FS. A used 92FS/S usually runs somewhere in vicinity of $450 depending upon where you shop.

If the Army and Marine Corps decide to do a full phase-out of the M9 in favor of the P320, we would likely see a trickle of several million of these guns hitting the market over the course of four to five years.

For FFL dealers, this will either be very welcomed or dreaded. Invariably, the M9s going to market would drop the demand for the civilian 92FS. There are quite a few dyed in the wool Beretta lovers who would probably jump at the opportunity to pick up an old classic for somewhere in vicinity of $400 or cheaper.

The real winner will be gunsmiths and armorers who may have a hard time finding cheap, reliable parts to fix other older model Beretta pistols in their arsenal. It would also make full capacity magazines much more readily accessible.

However, I wouldn’t get my hopes up just yet. The Department of Defense moves slow and it may take years before we see this promised land of used military surplus pistols.

For those interested in the Sig Sauer P320, you should be able to see them at your local authorized dealer within the price range of $800.