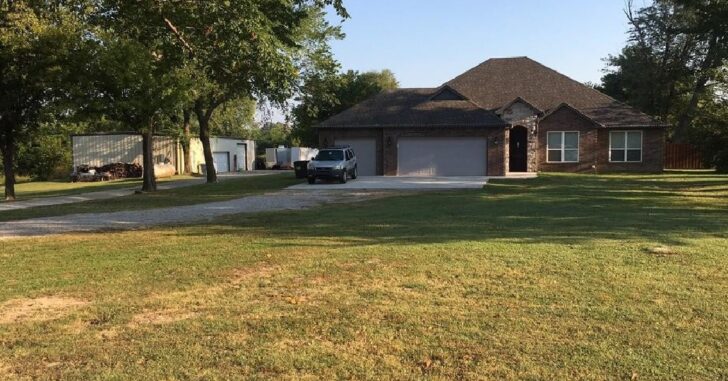 COLLINSVILLE, OK — A man was put into serious condition after he made the colossally dumb mistake of trying to break into a responsibly-armed citizen’s home, armed.

With the would-be burglar armed, the resident had no choice.

Deputies say the suspect, now identified as 33-year-old Kou Yang, was taken to the hospital in potentially serious condition. The sheriff’s office says the owner of a home near East 131st Street North and North Memorial Drive called 911 around 4 a.m. to report a burglary in progress.

“I am really surprised that that happened around here,” neighbor Jim Schraad. Schraad has lived in the neighborhood for about 30 years. “The last time we had a break in was in like ’07, ’08,” Schraad said.

The sheriff’s office says the homeowner woke up to his dogs barking and that back door open.

The homeowner reportedly armed himself and approached the back door. He then saw that Yang was armed with a firearm so the homeowner fired his gun and hit the suspect twice, according to the sheriff’s office.

“I am sure that is not something he wanted to do,” Schraad said. “I can’t speak for him but I think he did the right thing by protecting his family.” The homeowner’s wife and his two children were both home during the altercation, something Schraad calls a nightmare.

That is a nightmare, and really, this time, the homeowner didn’t have much to work with in terms of extending Yang a break. The guy was armed, invading, and threatening his family.

That’s kinda the perfect recipe to get shot, if you attack the wrong guy, which Yang did.

Fortunately, it doesn’t seem likely that this thug will have the chance to terrorize any other families for some time.