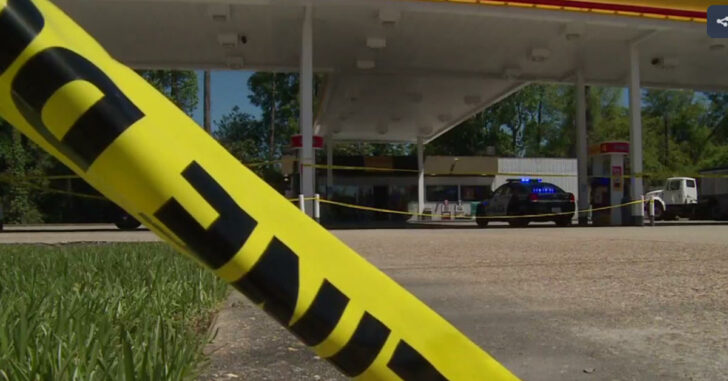 LEXINGTON, KENTUCKY — An early morning attempted robbery forced a store owner to open fire on the suspect after he tried to pursue the victim into the store. Police reported that the Good Samaritan defended the victim and opened fire on the armed robber. During the exchange of gun fire, the Good Samaritan’s gun jammed. By that time, the robber had fled.

It’s unknown whether or not the suspect was wounded in the shoot-out but neither the victim nor the store owner were harmed.

Chances are, this robber was looking for an easy meal. Criminals are predators. They prey off of people and will use whatever means of violence they have to exert that influence. It’s a pretty easy equation to figure out.

He was expecting an easy meal and when that meal had a will to run and another person had the will to fight to defend that first victim, he knew there wouldn’t be any such thing happening.

Most of the criminal stories we follow tend to follow a similar suit: a criminal runs into resistance. By the initiation of force, they’re already willing to take that force to the farthest extent: deadly force.

And while a lot of police officers will recommend that the victim just roll over and play dead, they are neither morally nor ethically justified in that statement.

It’s your life. You’re allowed to fight back or flee. If you see someone else fleeing, calling for help, you’re allowed to protect that person’s life. The use of deadly force in that situation is something that’s determined by the person stepping into that debacle.

Seeing a person running down the street, screaming for help, pursued by a man brandishing a gun and pointed at them, gives a clear indication that this is not a consenting act.

Sure, we’re getting a little too philosophical with this scenario. What it boils down to: a good guy with a gun was ready, willing, and able to stand up to a bad guy. And, in a turn of events, it just so happened his gun jammed.

As a gun owner or concealed carrier, it’s a good idea to get familiar with remedial action drills. These are drills you can practice at the range that get you used to getting a bad round out of the chamber and a good round in.

And, as always, carry everyday, everywhere. You never know when you’re going to need it.

Previous article: Occupant In Apartment Forced To Fight For Gun After Suspect Forces Entry Into Home Next article: Woman Tries To Pull A Teenager Back From Charging Into Retired Officer's Home -- Can't Fix Dumb