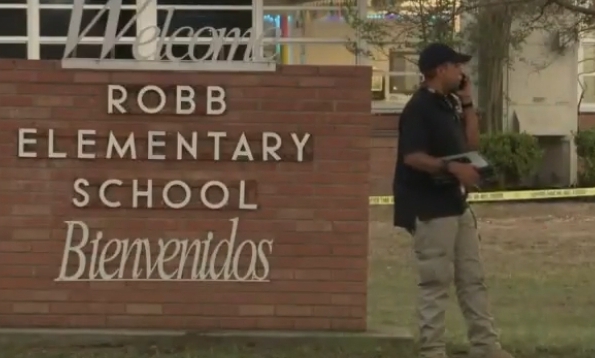 UVALDE, TEXAS — It has been confirmed that an armed School Resource Officer was on school grounds when the 18-year-old gunman arrived. The SRO saw the suspect with a rifle and engaged him, in which the two fire on eachother.

The SRO was shot during the exchange, and the suspect then went into the school.

The gunfight with the SRO made the suspect drop a backpack, which contained additional magazines that were now taken out of the equation.

How the suspect was able to gain entry into the school, and into a classroom, is still unclear.

It has been confirmed that after the suspect entered the school, he went into one classroom and barracaded himself in. All fatalities happened inside that one classroom.

A total of 21 people were killed, including 19 children.

The suspect was shot and killed by responding law enforcement.

Previous article: UPDATE: 19 Children And 2 Adults Dead In Texas Elementary School Mass Shooting Next article: Reanimated Suspect Shows Us It's Not Always Over When We Think It Is