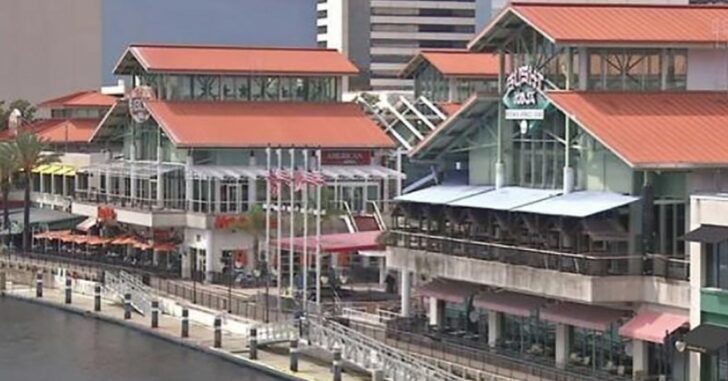 Well that didn’t take long. Sunday’s shooting at a video game tournament held at the Jacksonville Landing is about to be the subject of its first lawsuit as a result of the event. As news4jax.com is reporting . . .

A Florida firm plans to file a lawsuit this week alleging that negligent security contributed to Sunday’s mass shooting at The Jacksonville Landing.

Morgan & Morgan attorneys Matt Morgan, Tim Moran and James Young declined to name who the defendants would be in the lawsuit, which is expected to be filed in the next few days.

Matt Morgan said his team is representing several victims in the mass shooting, including one who was shot multiple times.

As we reported yesterday, the Jacksonville Landing is a designated gun-free zone. The shooter murdered two people and injured eleven more before killing himself.

Gun rights supporters have long expressed the opinion that venues that bar the lawful carry of firearms should be held responsible when that prohibition results in injury or death.

“Business as usual on the security front will no longer be tolerated by Americans,” Morgan said. “We must demand more from business owners. It’s time for business owners and event organizers to step up their game.” …

Morgan said his firm has been contacted by victims after previous mass shootings but this is the first case they’ve decided to get involved in because they believe the attack was preventable.

The attorneys cited a previous shooting outside the Landing in January 2017 and more recent gunfire that actually sent a bullet through the window of their building across the street from the Landing as evidence that such a crime at the venue should have been foreseen.

We’ll be watching this one. So should you.

Previous article: #DIGTHERIG - Jiuber and his Special Edition GLOCK 26 in a Galco Holster Next article: [WATCH] "Classic Stand Your Ground" Case After Uber Driver Shoots Aggressive Man Trying To Drive Him Off Road