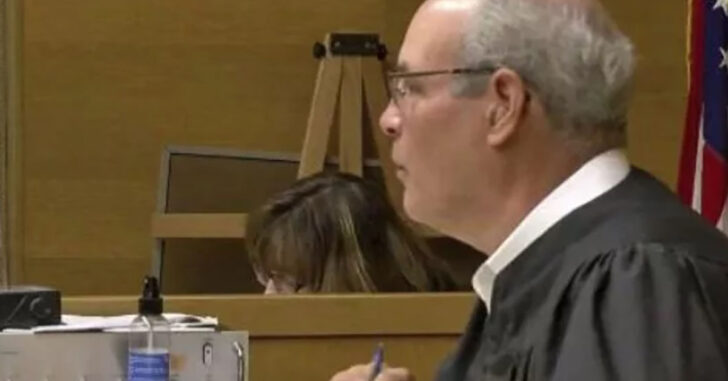 COLUMBUS, OHIO — An Ohio judge and probation officer returned fire on a suspect, killing him outside a courthouse where he attempted to take the judge’s life this past Monday. It was called an ‘ambush-style attack’.

Common Pleas Judge Joseph J. Bruzzese Jr. was shot about 8 a.m. outside the Jefferson County Courthouse in Steubenville, about 40 miles west of Pittsburgh, Jefferson County Sheriff Fred Abdalla said. The judge was hospitalized but his condition not released.

After reviewing video of the shooting, Abdalla said he believes the assault was a deliberate attack on the judge.

“This was cold blooded, attempted murder on a judge,” he said.

The suspect, identified as Nate Richmond, had a son who was the center of a high-profile rape case in 2013 which led to a conviction. Judge Bruzzese did not preside over the rape case, and a motive has yet to be announced by police.

News outlets report that Richmond approached the judge as he was entering the courthouse. He proceeded to shoot multiple times in the stomach at point-blank range.

A nearby probation officer fired on the suspect, and so did Judge Bruzzese. The suspect was hit three times and died as a result of his injuries.

Judges across the Country were talking after the attack, and many already carry firearms to defend themselves against the dangers they face because of their occupation.

“We carry guns,” a judge said in a survey that was part of the National Judicial College’s 2014 analysis of personal and on-site security measures. The report didn’t identify respondents.

“I now carry an easily accessible handgun with me at all times,” another judge said in the judicial college’s April security survey. “I have received firearms training and continue to practice and receive ongoing gun safety and training.”

In many states and localities, firearms are not permitted inside a courtroom. This prohibition often includes judges as well. In this particular case, things were a little different.

In 2014, four judges in Ohio’s 4th District appeals court in southern Ohio issued an order allowing them to carry guns.

It’s good to see that the intended target was carrying –and allowed to carry– but also highlights the question of permission. What if carrying a firearm was not allowed and this judge had been unarmed during the attack? Would the outcome had been different? Even though it was the probation officer who wound up killing the attacker, it sure is a nice feeling to know that you have a fighting chance with a firearm of your own.