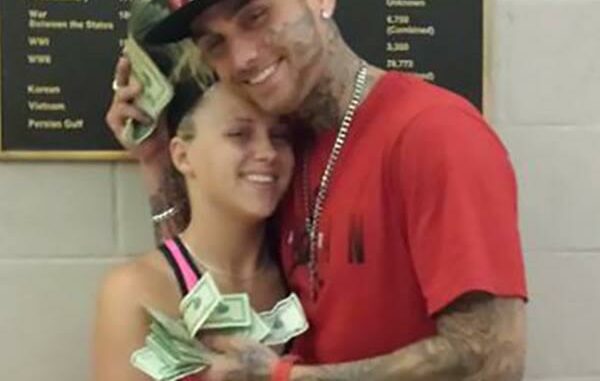 While this doesn’t have much to do with concealed carry, it has everything to do with highlighting just how stupid some career criminals can be.

John Mogan, 28, and his girlfriend Ashley Duboe, 24, allegedly robbed a bank in Ashville, Ohio last month and then posted pictures of themselves with some of the money on social media.

Mogan is a convicted felon who was just released from prison after serving about five years for robbing a bank in Lancaster, a city 20 miles east of Ashville. A female accomplice was also arrested in connection with Mogan’s July 2010 robbery of a Fairfield National Bank branch.

Released from prison on July 19th, Morgan just began his 3-year parole term. As you can see, it didn’t take him very long to get into trouble.

Some police work connected the two to the robbery and they were arrested.

The couple have each been charged with robbery and theft, both felonies, and are locked up in lieu of $250,000 bond in the Pickaway County jail.