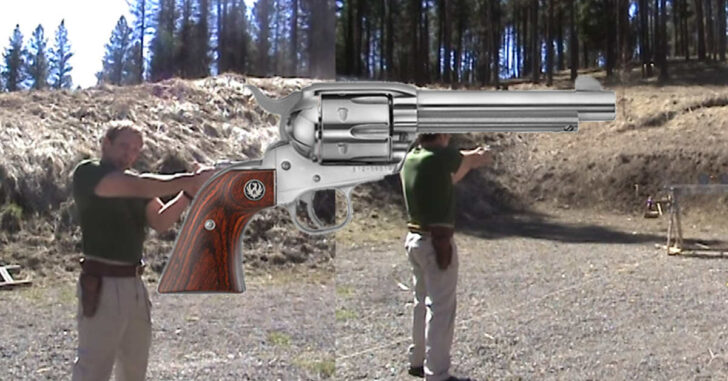 When it comes to everyday concealed carry handguns, very few people ever consider a single-action revolver. A double-action revolver, sure, but a single? Thankfully, we found a good argument as to why it may actually be an option for the right person.

Paul Harrell has quite a few series of gun-related videos on YouTube but this one caught our attention: how a single action revolver could work as an everyday carry option.

In this video, he goes over the obvious disadvantages of a single-action revolver.

To give a brief synopsis, here are the cons to carrying a single-action revolver as a concealed carrier:

The list goes on. If you figured out an additional one, point it out in the comments section below.

That said, let’s move on to the advantages of carrying a concealed single-action revolver.

So now that we’ve weighed the relative pros and cons, we’d like to touch upon Harrell’s chief demonstration: how to draw and fire a single-action revolver so that it is safe, fast, and accurate.

From a hip-slung holster, he is able to spell out the specific mechanics he recommends for drawing that type of revolver. It involves the following:

There are some inherent dangers that can be easily prevented, as Harrell points out. The first should be obvious: your finger needs to be straight and off of the trigger until you intend to fire.

Second, the gun needs to already be facing towards target before you cock the hammer.

This is something that Harrell recommends practicing by the numbers until you’ve gotten it down. That means slow and steady until repetition builds familiarity. It doesn’t take much to negligently depress the trigger before the gun is clear of its holster or fail to properly cock the revolver.

Harrell successfully demonstrates not just the recommended technique for quickly drawing and firing on target but how to successively fire on targets using a single-action revolver.

While the initial cocking of the hammer is done by the dominant thumb of the hand drawing the revolver, all subsequent shots are readied by the non-dominant (support) hand.

This allows minimal disruption between shots. Harrell’s shots are extremely precise and decently fast but he makes no bones about pointing out that most pistols would likely be faster.

If you decide to go “old school cool” and carry a single-action revolver, obsessively practice the techniques shown in this video. Not only will it make your initial draw faster, it will ensure you’re able to continually engage your targets in a precise, controlled manner.