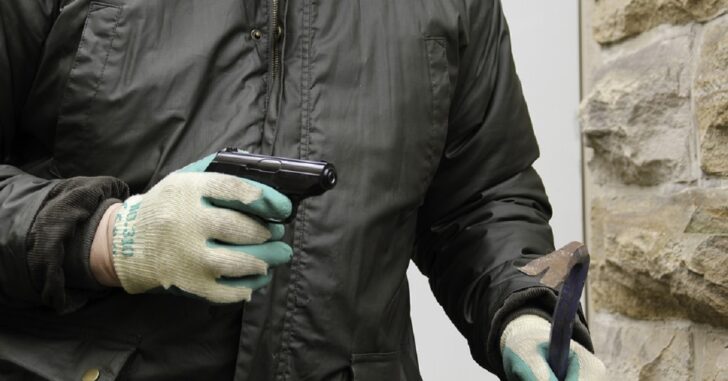 ST. LOUISVILLE, OH — When a young man attacked an Ohio homeowner and his girlfriend one early morning in late November, he had the complete upper hand.

However, he still managed to lose the fight.

Deputies were dispatched to the 9100 block of Graceland Lane Road NE for a reported shooting at 5:17 a.m. Upon arriving to the scene, deputies found the body of Samuel D. Beskid II, a 27-year-old from Cumberland. Officials said he died after multiple gunshot wounds.

Investigators said Beskid reportedly confronted the homeowner, 37-year-old Donnie Gayheart, and his girlfriend with a gun and flashlight as the couple was lying in bed. According to witnesses, an altercation ensued resulting in Beskid being shot and killed.

Nobody’s rooting for the bad guy here, but — seriously?

It’s a pretty poor bad guy that throws away the advantages of being armed and having the element of surprise to lose their own life.

This actually brings up something we don’t talk about as often at Concealed Nation, and we probably should:

If we take being armed at home as a given, what’s the next-most important thing when it comes to self defense?

I would argue that it’s a solid alarm system.

There’s something to be said for ensuring that you have the most time to react to a threat that you can.

Aside from being a solid deterrent from break-ins in the first place, it also — hopefully — makes enough noise to alert residents inside.

And if you can’t swing an alarm system just now, I’d suspect a vigilant dog would do just fine.