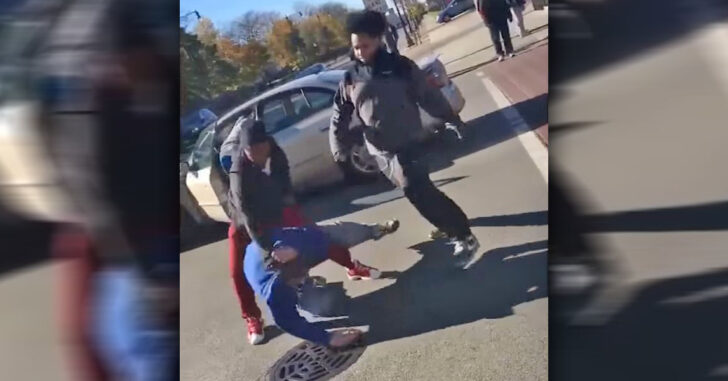 In a new video that’s circulating around the web, a group of angry men can be seen brutally attacking another man after ripping him from his car. Why? Supposedly because he’s a Trump supporter.

In one incident in Chicago, a white man was beaten up by a group of black people, apparently because he voted for Trump. In the video, he was pulled from his car and repeatedly punched and kicked while people in the background yelled “Don’t vote for Trump!”

In Chicago, it’s difficult to get a permit to carry a firearm. Had this man been allowed his right to carry, the assault could have never begun in the first place. I know, I know, we’ll never know many variables.

This is the world that we live in, though. A drive down the road could easily turn into an attack, simply because of who you voted for in an election.

These apparent Hillary supporters aren’t being displayed all across the media. I wonder why.