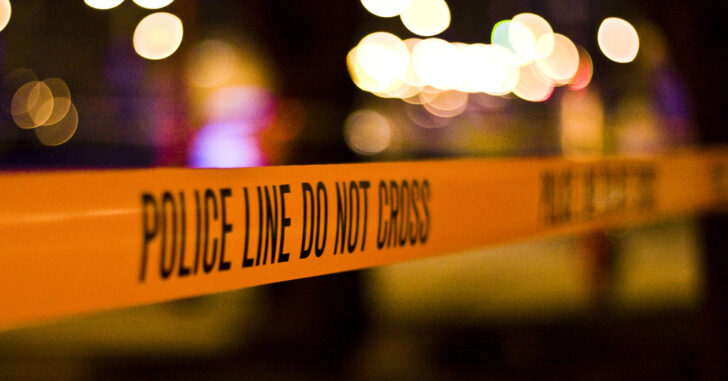 ASHWAUBENON, WI — A burglary was thwarted by a pair of responsible citizens working in tandem to protect their place of business, FOX News 11 reports.

The business’ owner apparently knew how to hire employees — his worker nabbed the culprit trying to bolt out the back.

According to FOX 11 News:

The burglary occurred after business hours Sunday, around 9:30 p.m., at Frost Giant Games on S. Oneida Street. The business owner, Anthony Folk, tells FOX 11 that he and two of his employees were just blocks away at a fast-food restaurant.

That’s when his fiance called him and said she saw someone inside the business. She was notified via surveillance NEST video. Folk then arrived and turned on the lights to check for people.

Folk got to the back of the hallway he saw a person wearing a black hoodie and backpack. Folk chased the person who was eventually able to get outside.

The suspect was attempting to run to a vehicle parked nearby when he was stopped by the concealed carry permit holder.

“(He) pulled his gun out on him and (said), ‘get down on the ground, you’re under arrest’ — citizen’s arrest, basically,” recalled Folk.

Folks says the man quickly got on the ground and asked them not to shoot. Police arrived within minutes and the man was taken into custody.

Police, for their part, were elated with the results of this scenario.

“We’re very satisfied with what happened,” said Ashwaubenon Public Safety Capt. Jody Crocker according to FOX 11 News. “The situation here was that the burglar could’ve gotten away. The concealed carry holder did exactly what he should do. This was a felony in progress. He also complied with officers as soon as they arrived and did everything right… Conceal carry holders are trained on how and when to use their weapons, and this outcome could not have gone better.”

What’s important for us, the readers and observers, to keep in mind, is that the level of restraint here is more important than the level of force employed.

Here, what could very easily have been a deadly threat was addressed with a defensive tool and caution, but not deadly force — it wasn’t called for.

Previous article: [VIDEO] Never Put Yourself In The Corner, And Always Have Your Firearm On Your Person Next article: Ruger American New Shooter Academy Season 2: Episode 6