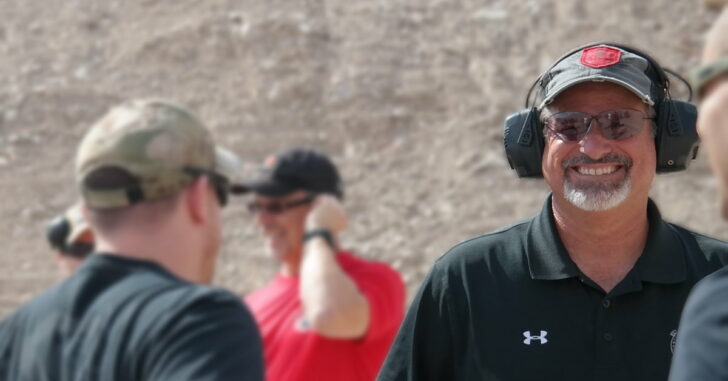 Back in October, Springfield Armory brought out a bunch of gun writers to check out their Springfield XD(M) OSP with Vortex® Venom red dot sight pre-installed. As someone who’s not particularly experienced with the red dot sight system for everyday carry, I had the opportunity to fire this pistol in a variety of different training situations.

You can find my comprehensive review of the Springfield XD(M) OSP with Vortex® Venom red dot here. But we’re going to discuss a little less about the product and bit more about the technique behind making a handgun an effective tool for your self defense.

Rob Leatham was one of the field instructors on hand to work us through several exercises with the Springfield XD(M). Because we were sixteen different writers from wildly different backgrounds, we each came into this exercise with our own unique perspective. For me, I found the optical sight difficult to immediately line up, causing a momentary sense of internal panic. After a few “draw and fire” exercises, I found it became quite helpful. Still not my primary choice for everyday concealed carry but I could definitely see it being a valuable tool.

Rob Leatham noticed an overall trend of a bit of jerking away from the bulls-eye by a few of the writers and decided to take a moment to address all of us.

Three Things That Aren’t The Fault Of The Gun

There’s an overwhelming tendency to blame a gun for missed shots. Unfortunately for us, it doesn’t matter if it’s a High-Point or a much more refined, expensive Springfield XD(M), we can’t blame the gun for what we do with the gun. Rob Leatham took great pains to explain the following:

It’s not the trigger of the gun — it’s the almost involuntary reaction to pulling the trigger that causes our shots to deviate from center.

He proved this point by having one of the shooters get up on the line and point the gun at the target. He then proceeded to use his finger and pull the trigger. Because the person shooting the gun couldn’t anticipate when the trigger was going to be pulled, he couldn’t jerk the gun away from target.

The bullet, resoundingly, went precisely where the red dot was aiming.

It’s not the speed of the shots — it’s the way you grip the gun.

“You want to know the secret of speed shooting? Follow these three rules,” Rob explained to the audience. “Hold the gun really tight, point the gun at the target, and pull the trigger as fast as you can without moving the gun. You got it!”

However, as he would admit by the next sentence, there’s a bit more nuance to that previous statement. You have to correct all the other things that might cause a shot to go errant of its intended target.

It’s not the sights of the gun — it’s the way you align the sights.

Especially with red dot sight assemblies, the red dot will show you where the bullet will go. If the bullet doesn’t go there, you can try zeroing your red dot sight to ensure it’s centered but afterwards, the only remaining excuse is you.

To address the issues resolving around jerking the trigger, the best advice Rob Leatham gave was to realize that it’s your own involuntary response to the pull of the trigger.

The best way to get over that is to first be aware that it exists, and then to consciously make an effort to overcome it by slowing down and working through the trigger pull.