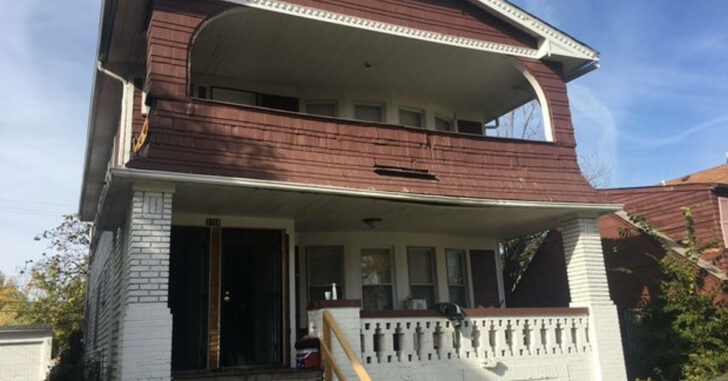 CLEVELAND, OHIO — A dispute over a shared driveway lead to the shooting death of a concealed carrier. Cleveland police have issued a warrant for the resident responsible for the shooting but have not taken him under custody. His charge is aggravated murder after he shot a concealed carrier attempting to leave the scene. The two share a driveway and the concealed carrier warned his girlfriend to get their child and get out of the area prior to being shot in the stomach.

When Cleveland police arrived, they found the resident slumped over next to his SUV with a loaded gun in the center console. Police state that Leach and the concealed carrier exchanged fire but Leach was the only one to score a hit. The victim was transported to a nearby hospital where he later succumbed to his wounds and died.

In our humble opinion, those charges sound about right.

There’s a lot of weird living situations that put us in a lot closer company with our neighbors. Things like shared driveways or yards can lead to disputes. It sounds like Leach didn’t think a whole lot before deciding to pull the trigger. That’s unfortunate considering the life he took didn’t attempt to do him any harm prior to the event.

Undoubtedly, the concealed carrier attempted to de-escalate the situation by leaving. Unfortunately, he wasn’t given the chance to do so. That’s a hard call to make as a law-abiding gun owner.

In so far as the perpetrator of the crime is concerned, hope he sees the inside of a prison cell for a good long while. He has no business living amongst civilized folk. It’s a shame we had to lose one of our own to find that out.

Previous article: Some Simple Strategies For Staging Firearms Around The House Next article: Pursuit Of Suspects Ends By The Hands Of Armed Citizens