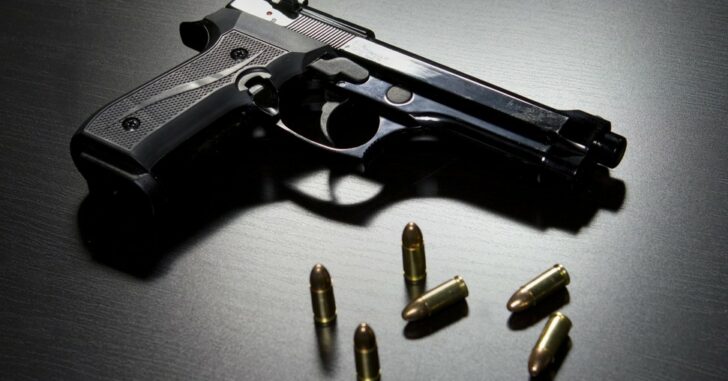 KANSAS CITY, MISSOURI — A gun owner and concealed carry permit holder answered his door Sunday and was immediately confronted by an armed man who put a gun to the homeowner’s head.

The robber demanded that the man open two safes, both of which had multiple firearms inside. In total, 11 guns were stolen, including a firearm that the homeowner was known to carry frequently.

The homeowner was locked in the bathroom, and then heard another man come inside. He called police once he heard the men leave the home.

The fact that this happened in the manner it did is unsettling. I can’t say for sure if the homeowner was carrying at the time of the intrusion and robbery, but I can say that it looks like he unfortunately didn’t take the necessary precautions when answering his front door.

We asked not too long ago, what do you do when answering your door? Most say they’re armed at the time, and most agree that they take a look to see who is outside before answering the door.

Even if they look like the friendly UPS driver, it’s still always important to demonstrate proper precautions.