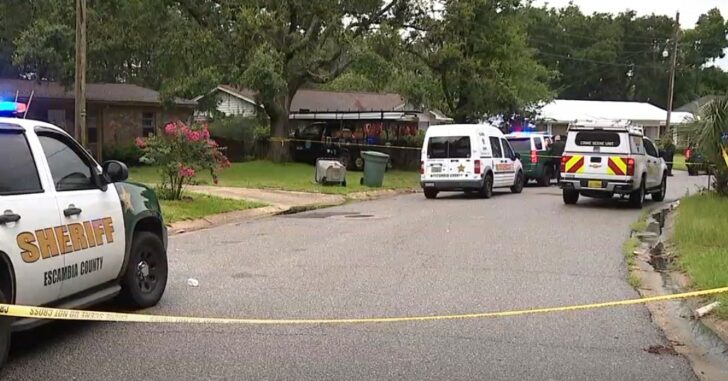 ESCAMBIA COUNTY, FLORIDA – A 60-year-old man was fatally shot Sunday in an apparent “Stand Your Ground” case, according to authorities. The incident occurred around 5 p.m. in the 500-block of Corrydale Drive near Quigley Road.

Escambia County Sheriff Chip Simmons said that the man who died apparently thought that two teens in a vehicle were trespassing and yelled at them, telling them to leave. However, the passenger in the car lived in the home where the incident occurred, and the pair were preparing to go fishing.

According to the Sheriff, the man approached the car, reached in, and grabbed the driver by his throat and began choking him. Fearing for his life, the driver shot the man. Authorities said that the driver would not be charged at this time, as investigators believe that he was acting in self-defense. The incident is also being investigated by the State Attorney’s Office, who will make the final ruling.

A neighbor who witnessed the incident and wished to remain anonymous, shared her account of the events that led to the shooting.  She said that the older man pulled up to the home and blocked the driveway. He then went up to the other car and started arguing with the teens inside, although she couldn’t tell what was being said. The man then pulled out into the street, but then ran back to the teen’s car, again screaming at them.

“I was looking to see if he had something in his hands, you know, for a weapon,” the woman said. “And he didn’t have anything in his hands. And they put the window down in the car, and he had his arm in the car — and then I heard [two] shots.” She then saw the man fall to the ground. As of now, the identity of the deceased has not been released by authorities.

Previous article: Gun Sales Continue To Break Records During First Half Of 2021 Next article: 5 People Shot Outside Anti-Violence Nonprofit Building