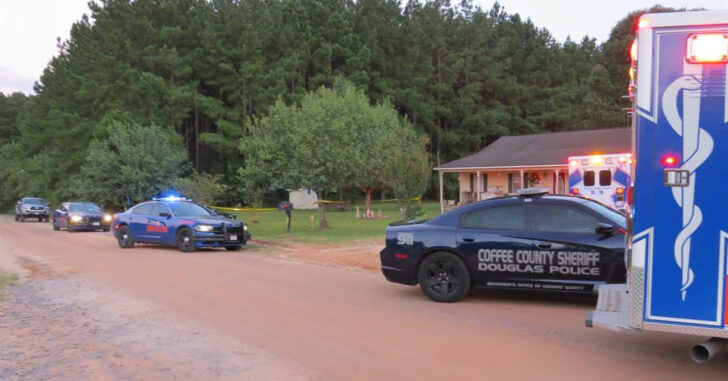 COFFEE COUNTY, GEORGIA — A mother fatally shot her daughter’s boyfriend after he threatened to kill her with a knife. The incident kicked off when the boyfriend got offended by a Facebook post and raced to the home where he then beat his girlfriend.

When her mother went to intervene, he allegedly pulled a knife and held it to the daughter’s throat, threatening to take her life. The mother used a firearm to shoot him. Roger Cochran, 27, died at the hospital according to WALB 10.

This is a tragic scene that could have gone a lot worse if the mother had not been willing to use a gun. Faced with someone physically more intimidating and capable of great violence, she likely would not have been able to overcome him before he did grave damage to her daughter.

Domestic disputes such as these can get kicked off for a whole number of reasons. A simple truth is evident, though: no one has the right to threaten the life of you or your child.

When Coffee County investigators arrived, they quickly determined the mother had acted in self-defense and she was not brought up on charges.

If there’s anything we can hope to learn is that the proper knowledge and use of a firearm can be greatly effective in overcoming sheer physical violence.

We’ve had the unpleasant fortune on reporting on many domestic dispute-related firearms cases. In almost all cases where the person used deadly force, police are still minutes away.

When lives are at stake, self-preservation and preserving the life of family comes first. A tragic way to kick off the Labor Day weekend but also a further warning against letting violent people run rampant over the health and well-being of family.