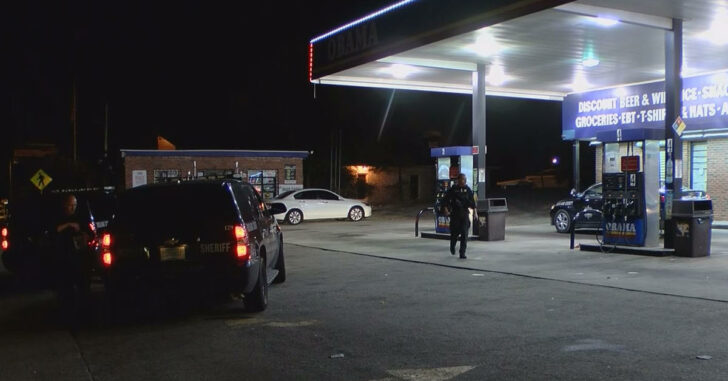 COLUMBIA, SOUTH CAROLINA — A clerk behind protective glass was forced to pull his gun to stop an armed robber. The incident occurred around 3:30 a.m. and while no one was hurt, the armed robber discharged multiple rounds as he fled the scene. The clerk did not open fire.

According to CBS Live 5 News, police arrived and attempted to track the robber but were unsuccessful. In our experience, there’s a good chance he had a getaway vehicle parked not far from where the incident took place.

Surveillance footage will hopefully assist more in identifying the armed robber and any accomplices he had working with him.

This is just the latest example of clerks being forced to defend themselves because armed robbers are too dumb to do their homework.

Gas stations don’t have a lot of money accessible at any point in time. They keep that extra money in a safe that’s much too heavy to open and the clerks don’t often have the code to open the safe in the first place. That means the best an armed robber can hope for is a couple hundred dollars and a few packs of smokes. That’s if the robber is intelligent enough to get in and get out before either an armed bystander engages him or the clerk does.

We’re dealing with such short change, it really is a marvel that armed robbers keep hitting the same types of locations.

Gas stations are well lit, usually have surveillance cameras, and even at 3:30 in the morning, there’s still bystanders hanging around.

Literally nothing of value can be taken but everything can be lost. It’s just a waste. Worse, it puts people’s lives in jeopardy for nothing.

But we’re not here to give career advice to criminals. We’re here to remind concealed carriers that dumb dumb super mutants can attack at any time, any place. Go out there into the world prepared to deal with violent idiocy. Events like this just reinforce the obvious: violent criminals put more points into violence than they did brains. Don’t get caught on the wrong side of dumb with no gun.