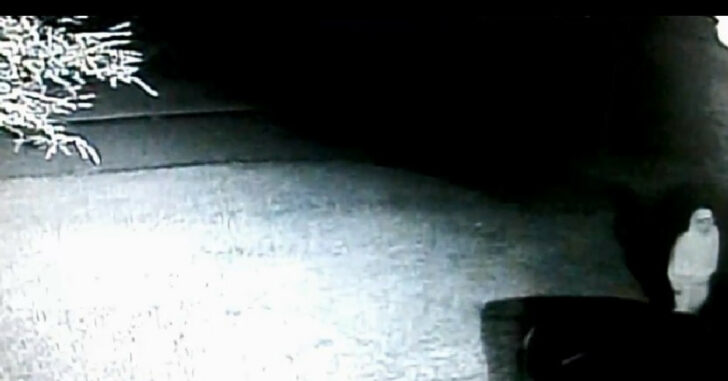 MOBILE, ALABAMA — Two teenagers attempted to break into a car in the driveway of an armed homeowner. The homeowner came out to confront them and an exchange of gunfire took place. One of the armed burglar’s bullets penetrated the house and struck the homeowner’s wife.

According to Mobile’s Local 15 News, the wife was taken to the hospital and made a full recovery but now they are releasing footage to try and apprehend the suspects believed responsible for the crime. Mobile’s Local 15 News reported that the video has been released to authorities to try to identify the suspect in this deadly shooting. Alongside that, the family has  put up their own money in the hopes of attracting folks willing to turn in the two teens.

“I ran down my hallway and before I could even get to my door I felt something happen, and I got shot and I fell to the ground,” the victim told Local 15 News.

Multiple vehicle and home burglaries have been reported in vicinity of that neighborhood, suggesting these two suspects may have been on a string of armed burglaries.

The homeowner did nothing wrong in this situation. Confronted with two armed teenagers at 5:15 in the morning, he did his best to neutralize the threat and ensure the safety of his property, himself, and his family. Unfortunately, these teenagers are looking to shape a career in violent crime.

It’s an unfortunate story echoed in plenty of our other stories of teenagers increasingly being cited in armed criminal activity. No gun owner wants to be potentially forced to use deadly force against a teenager with not enough sense to realize the mistakes he’s making. The sad truth is that, in some cases, it truly is their life or yours. We’re thankful that no innocent life was lost in this exchange.

Our condolences go out to the family and we’re extremely glad the wife was able to recover.

Previous article: Elementary School Shooting Leaves Two Kids, One Adult Injured From Gunfire Next article: Elderly Woman Has A Tough Call To Make -- Defends Herself And Her Roommate