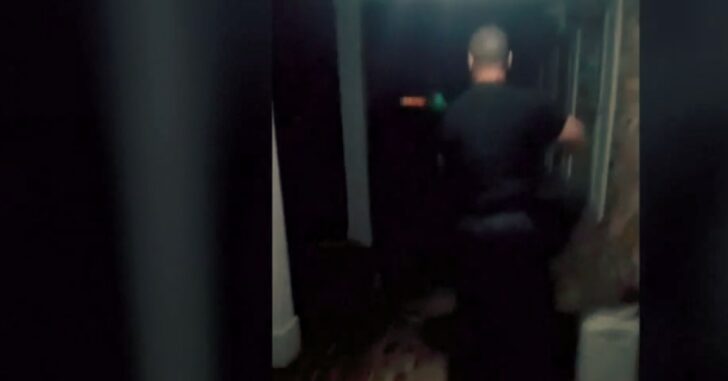 BATON ROUGE, LA — If you’re going to have a life-and-death threat at some point in your life, it’s likely going to be the only one you ever encounter. For one Baton Rouge man and a veteran of the Department of Corrections, he was more prepared than most for the threat, and someone with him even got the incident on video As WBRZ reports:

Caesar Ray said his daughter’s car alarm went off in the middle of the night. They were working on their home that flooded. That’s about the same time that a neighbor called to let them know that she saw a man mulling around their house. Ray, who has law enforcement training and past experience working for the Department of Corrections, met Roberto Garcia head on in the front yard. He handcuffed him and made sure he stayed put until police arrived. “You just tried to break into the wrong damn house,” Ray is heard saying in the video. “You stay where your located right there. Don’t move. Who are you here with? Who are you here with?” Garcia answered no questions, and was carted off to jail where he was booked on two charges: auto burglary and attempted burglary of an inhabited dwelling. Ray said he’s having trouble understanding why his house was targeted when all the lights were on and three cars were in the driveway.

You can see some of the coverage, and some of the live stream, below: After the incident, Ray has a message for others: “Be vigilant,” Ray said according to WBRZ. “Continue to be observant, especially when you are coming home. Before you just pull in your driveway, look around and don’t just jump out of your vehicle.” What do you think about this story? Please share this on Facebook and Twitter and let us know!
Category: General