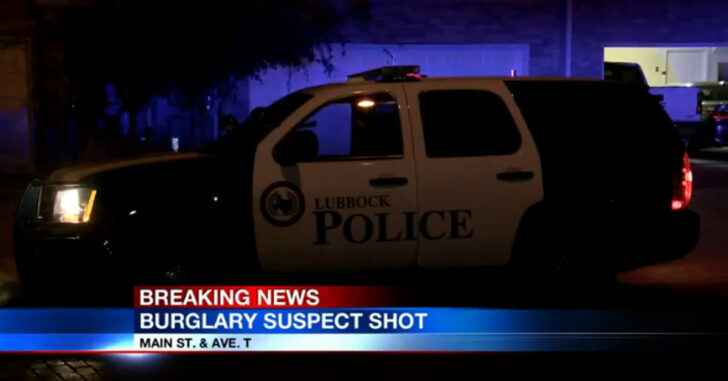 LUBBOCK, TEXAS — When a man makes the decision to rob a Texan on his very own doorstep, he’s taking a very big risk. A thief rolled the proverbial dice and got snake-eyes after pulling a knife on a Lubbock homeowner’s front stoop. The homeowner had a gun and, upon seeing a knife and a demand for property, decided to judiciously place a bullet into the would-be robber.

Lubbock police arrived and, according to KAMC TV Lubbock News, they evacuated the attempted robbery suspect to a nearby hospital for treatment of his gunshot wounds.

Neighbors commented for the news anchor that this was a highly unusual occurrence in their area. As a publication that regularly reports on home invasions, defensive gun usage, and concealed carrier activities, I can safely say that is probably one of the most common reactions people give.

Concealed carriers and gun owners both seem to get that violent men don’t send RSVP cards with a kind “save the date” note. If they did, the world would be a lot funnier of a place. But we understand that violent men don’t always think clearly and many of them don’t care who they have to hurt to get a pay-day.

This Lubbock homeowner got it. And hopefully not too many other people will have to before the year is up. We’ve tracked a lot of home invasions this year and we’re pleased to say that most of the homeowners seem to have a timely, judicious response to the intrusion.

That’s why we carry every single day, especially at the home. Who knows what the heck is waiting for you out on your front stoop?

Previous article: Father Forced To Shoot Son After Getting Assaulted In His Own Home Next article: [REVIEW] Etymotic Gunsport Pro Hearing Protection Earplugs