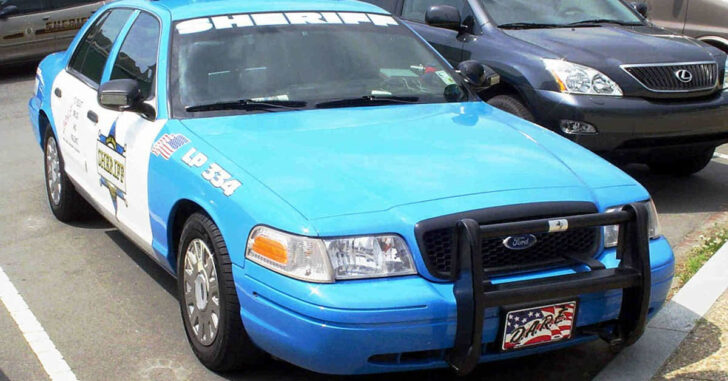 LIVINGSTON PARISH, LOUISIANA — An elderly woman encountered a man with no pants on in her front yard. When he began to approach her, she readied a handgun and told him to leave. The trespasser saw the handgun and broke into a run towards her home. That’s when she fired a “warning shot” and hit him right in the leg.

According to the Livingston Parish Sheriff’s Office’s statement to the Advocate, the elderly woman knew her roommate was inside the home and worried for her safety. The man in question was believed to be mentally ill and had ceased taking his prescribed medications, so he was acting irrationally. Not knowing what he was capable of, the elderly woman wisely decided to protect her own life and that of her roommate.

“Fearing for her life, the elderly female produced a firearm and gave a verbal command to Herpich to stop,” Sheriff Jason Ard said. “Herpich then fled towards the homeowner’s unlocked residence, where another female was inside.”

Sheriff Jason Ard noted that when the suspect made a break for her home, she feared for the safety of her roommate and shot what she believed was a warning shot. It hit him in the leg and dropped him.

The Livingston Parish Sheriff’s Office took custody of the suspect and got him medical treatment for his gunshot wound before booking him on criminal trespass and disturbing the peace. The elderly woman has been charged with no crime because she conducted herself out of fear for her own safety and that of her roommate.

As law-abiding gun owners, we understand the concept of “no such thing as a warning shot”. While it is tragic that a mentally ill person couldn’t understand his situation enough to know how much danger he placed himself into, the ultimate truth of the matter is that the property owner had a right to defend herself, her property, and her occupant from harm.

Faced with a lot of unknowns — the suspect’s disposition, lack of rational behavior, and erratic movements — this elderly woman was faced with an unenviable task of making a lot of quick decisions if she wanted to keep her roommate safe. She did right.

Chances are very good that the suspect in this case will appear in court and quickly be adjudicated as mentally defective whereby he will serve some alternate treatment other than just being locked up in prison with the general populace. If what his family says is true, charges may be dropped altogether in lieu of some other form of treatment.

This elderly woman did the right thing in protecting herself and her roommate.