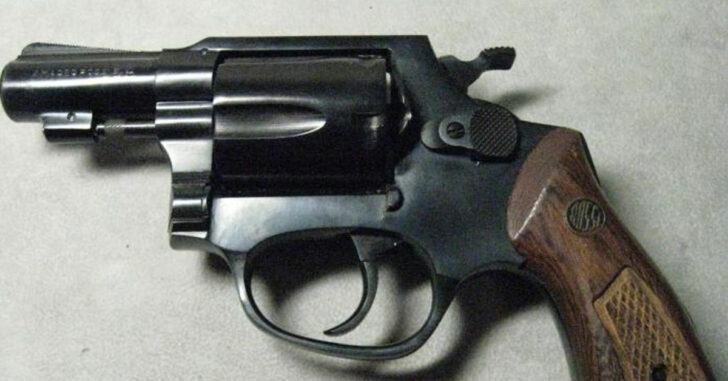 Since the invention of the semi-automatic center-fire pistol, the revolver has slowly been consigned to the dust bin of history. Plenty of gun owners still carry them but when matched side-by-side in most traditional tests, a decent semi-automatic pistol will almost always trump for speed and reloading.

Yet the revolver continues to linger around. Why is that?

There are plenty of techniques out there on how to use a pistol in extreme close quarters. For the purpose of this discussion, extreme close quarters will relate to when your opponent or opponents are already on top of you. With limited range of movement and potentially getting physically pummeled or assaulted, a revolver provides a quick one-step solution whereas a pistol can be stopped from discharging if an opponent can get his hand on the upper receiver and pull it back.

Granted, that may only be a situation that Steven Seagal or Chuck Norris would ever show — but it presents a real risk if your opponents are able to overpower you and work the gun to the point it cannot shoot.

The advantage of a revolver in close quarters situations revolves around the simplicity of the trigger mechanism. In most cases, when you pull the trigger of a double-action/single-action revolver, the trigger mechanism rotates the cylinder until the hammer is cocked to the rear and then the hammer slams forward, hitting the primer of the round. There’s a lot less opportunity to stop that motion from an outsider’s perspective.

Snub-nose revolvers got their first claim to fame by being an off-duty police officer’s choice. Easy to fit in a pocket, these short revolvers were usually chambered in .38 Special — good enough for most situations. Light recoil, highly reliable, these revolvers were favored by police detectives and off-duty cops for nearly a century.

Even if a semi-automatic pistol has a manual safety, a big source of concern for concealed carriers that pocket carry is negligent discharge. We all know that we need to keep our fingers clear from a trigger until ready to fire, but there’s nothing stopping a keychain, lighter or other pocket clutter from working its way into the trigger well.

It has and does happen.

With snub-nosed revolvers, the double-action trigger mechanism is usually quite a bit stiffer — many hovering around that dreaded 9-10 lb. trigger pull. While not fun for marksmen, it presents another layer of safety against those worried about getting their gun snagged in their coat pocket.

Of course, now, we don’t have an excuse. Pocket carry holsters can provide quite a bit of retention over a semi-automatic pistol while still ensuring that pocket carry is feasible.

Bullets are everywhere and even when the price skyrockets up, most consumers are relatively confident that bullet availability will catch up to demand. However, for those that travel into the hinterlands of civilization — be it the Alaska tundra or those in wildlife conservation — those folks know the value of an added ounce or pound to the pack.

That’s why quite a few Bushmen prefer to carry revolvers. Each round is extra weight. And for those situations, it may just be better to pack fewer .357 Magnums and make those rounds last rather than pack six or seven steel magazines.

One other thing that keeps revolvers in the game: weather resistance. While modern handguns are made to a pretty high standard, when exposure to elements is an unknown and dire risk, a revolver is probably the best choice.

Whether you’re a fisherman out at sea, an oilman traveling hundreds of miles between derricks, or a real estate agent who needs something small and compact, a revolver can often give a degree of reliability and security that many men and women trust to this day.