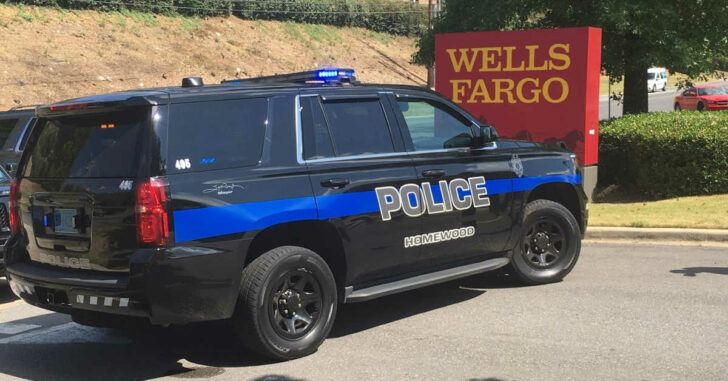 According to AL.com, the bank robber fled the scene immediately but was not hit by any rounds. He was captured by police and is currently in custody.

“At the time the teller called me up, a guy came in behind with a mask and demanded money,” the concealed carrier said. “He made everybody get in the corner and then went to the tellers getting money. They were frightened. It was a messed up situation.”

It was difficult to identify the weapon that the bank robber had because his hand was obfuscated with a piece of cloth. Everyone assumed it was a gun and the concealed carrier was careful to not reveal he, too, had a gun and intended to use it to protect himself and others from harm.

“I was thinking a lot of people’s lives were in danger and my life was in danger too,” the concealed carrier said. “He pointed whatever he had at us, so I fired a shot at him.”

While the round failed to neutralize the armed bank robber, it did force the bank robber to retreat. And that retreat was right into the waiting arms of Birmingham police. The robber walked out of the bank and police were already set up to take him in. He was arrested without incident and the money returned to the bank.

This situation played out better than expected with some hiccups. Regardless, it shows a bit of tenacity and willingness to protect himself and others.

Real life concealed carry defensive gun use incidents are nothing like how we train at the range. It’s hard to judge how precisely things will go once you draw your gun with the intent of using it on a guy threatening your life. We’re glad everything worked out and he was willing to do the right thing.