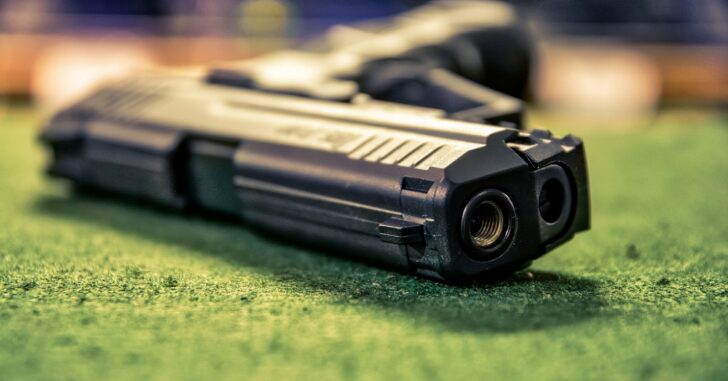 PORT ARTHUR, TEXAS — When someone draws on you and has their gun pointed at you, your options to defend yourself are limited. If you are carrying, and feel strong about the speed of your draw – and you have one in the chamber; then you’ve got one option there. If you aren’t carrying or don’t feel good about your draw, the only other options you have is to try and disarm the gunmen. That is exactly what this 19 year old did.

Port Arthur Police Det. Mike Hebert said three people pulled up into the apartment complex parking lot when two men approached the driver’s side door, opened it, pulled out a firearm and attempted to rob them.

“The driver grabbed the gun and in the ensuing wrestling match, was (also) shot,” Hebert said.

When the men were tussling over the weapon, the second assailant fled on foot. It is unknown if he was shot.

When this courageous 19 year old faced a gun pointed at him, he made the only self defense move he had available to him; he went for the gun. At first, the disarming attempt didn’t go his way as he was shot during the struggle. However, despite being shot, he continued to fight and eventually gained control of the firearm.

Once he had control of the gun, the tables had turned. One of the robbers had already fled the scene in a panic, and the original owner of the gun was shot multiple times. This 19 year old was not playing around.

No deaths resulted from the shooting, and both are expected to recover.

It is hard to fault the intended victim for not carrying his own gun. Texas law says you must be 21 to legally own a handgun. Hopefully, this experience will inspire the young man to seek out a concealed carry permit when he turns 21 and start carrying a firearm to defend himself.