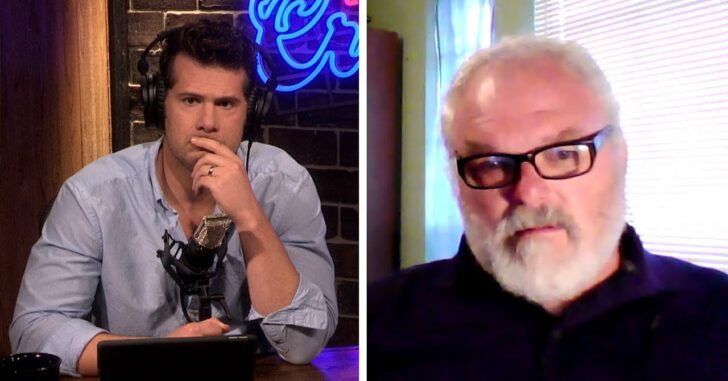 Stephen Willeford is a hero in every sense of the word and after watching the interview above, it’s apparent that Willeford is a well-rounded and very loved individual. He’s a family man, and an active member in his community. He is humble and puts others ahead of himself. He is also a man of action, and did not hesitate to grab his firearm in order to do the right thing: Stop a massacre that was happening right next door. Mr. Willeford offers details of the incident, including simple facts such as him leaving the house armed and barefoot. When asked why he was barefoot, his explanation was simple:

As soon as Mr. Willeford got close to the gunman, he noticed that he was wearing a Kevlar vest. Having his wits with him, Mr. Willeford fired shots at the space between the front and back of the vest where the Velcro is located, which is the vulnerable spot on these vests. In other words, the sides are not protected by Kevlar. And later, autopsy reports would show that Mr. Willeford hit the suspect twice; once in the leg and once in the torso. In closing this article, Mr. Willeford got a little political towards the end of the interview when it comes to gun control and restricting what citizens are able to own. Mr. Willeford is a bright individual who gets it, even more so because he was personally faced with a madman.

If I had run out of the house with a pistol and faced a bulletproof vest and Kevlar helmet, it might have been futile. And I ran out with an AR-15, and that’s what he was shooting the place up with. And I hate to politicize that, but that’s reality.

Please give the video interview a watch. It’s worth every minute, and I am grateful that Mr. Willeford gave his account and was so open about his experience when faced with a mass shooter. Mr. Willeford is a hero, and we praise him and his quick actions that day.
Categories: General, Guns Saving Lives, Video

Previous article: 4% Of Town's Population Killed In Texas Mass Shooting, Gunman Purchased Firearm Legally But Shouldn't Have Been Able To Next article: While In South Korea, President Trump Is Asked If He Supports "EXTREME VETTING" For Firearm Purchases