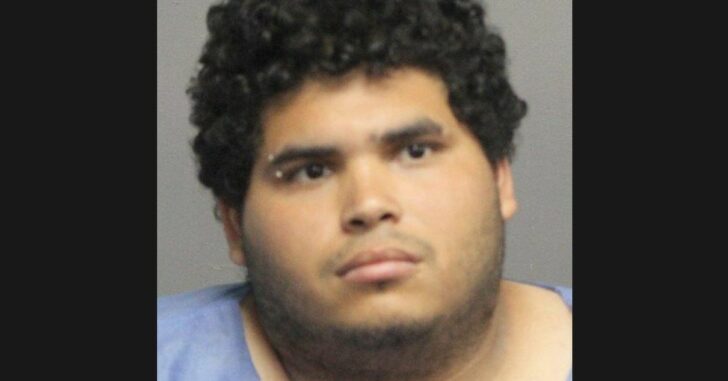 Things that make you less of a man; being a criminal, assaulting a woman, being shot in the groin.

That makes this man… no longer a man at all.

A grandfather, at his home, was visited by his granddaughter. Outside in the car was her boyfriend, who she had just had a physical altercation with. When she arrives at the home, she tells her grandfather about what happened and asks him to call the police.

The violent confrontation began Sunday night when [Miguel] Ramirez and his girlfriend were involved in a “physical altercation” somewhere in New Orleans, according to [Capt. Jason] Rivarde. No details were available Thursday about that incident.

After the fight, the couple went to her grandparents’ home on 15th Street in Bridge City about 11:30 p.m. to pick up their three young children, according to Rivarde. The woman went into the house to get the kids, who are under the age of 5.

During this time, the boyfriend comes into the home and begins to violently beat the grandfather before he was able to call police. As a result of the attack, the grandfather received ‘a broken nose, severe swelling around his eyes and bruising on his face.’

Ramirez then grabbed the man’s granddaughter and began dragging her out of the house. Fearing for his granddaughter’s safety, he grabs his shotgun and fires at Ramirez.

He hit him square in the groin.

Ramirez was of course arrested and faces numerous charges.

I can only hope that the girlfriend of Ramirez is now an ex-girlfriend, and that she’s able to keep a safe distance from the man moving forward. It’s tough when children are involved, as the article mentions that the pair has three children together.

Who knows how long he will remain in jail, but he’s likely to be released at some point. Between then and now, it may be a good time for the young woman to receive some training in self-defense, just in case something were to happen again in the future.

Previous article: Military Arms Removed From Instagram Without Warning, And So It Goes. Again. Next article: GUNS SAVE LIVES: Two Armed Citizens Hold Man At Gunpoint After He Just Stabbed A Woman, But The Location Could Have Gotten Them Arrested