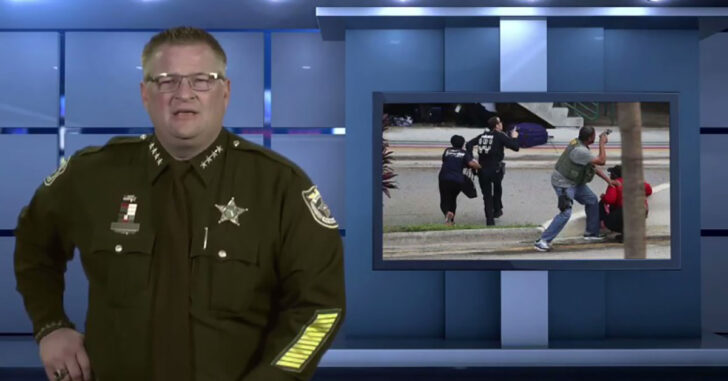 BREVARD COUNTY, FLORIDA — A Florida Sheriff has some words for citizens, and also for people looking to do harm to others; Law-abiding citizens should be arming themselves to defend against future attacks.

Brevard County Sheriff Wayne Ivey posted a video on his Facebook page a few days ago, and he’s not mincing words while delivering his message.

If you have trouble viewing the video below, click here.

The video comes just a few days after an attack at a workplace in Orlando, where an ex-employee targeted multiple people and shot them. He took his life before police arrived.

“Folks, now more than ever is the time for our citizens to be prepared to serve as the first line of defense, not only for them, but for their families,” Sheriff Ivey said.

Sheriff Ivey makes a point that we firmly believe: Attackers like the idea of victims who run and hide instead of fighting back. These attackers are usually not prepared to meet force, and many of them take their own lives as police are arriving. Why is that? Because, that’s usually when the first solid resistance has to be dealt with. If, however, the attacker were being attacked himself –by an armed citizen– the tables would turn rather quickly.

What do you think about Sheriff Ivey’s video? Share your thoughts in the comments below.