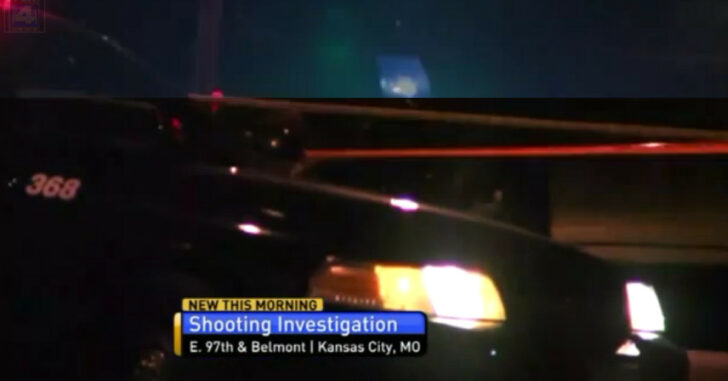 KANSAS CITY, MISSOURI — In a sleepy suburb, some thief must have thought this homeowner’s house would be an easy target. Think again. In a stunning twist of fate, the homeowner managed to get the thief’s gun and use it to shoot him and subdue him until police arrived. We’ve got the details.

According to FOX 4 Kansas City, the homeowner’s ADT alarm system went off around 2 a.m. because something set off the motion sensors. Not even a minute later, police received a 911 call from a woman claiming that an intruder had been subdued using his own gun against him.

The next door neighbor came out when he heard shots fired. He saw the alleged intruder laid out in the front lawn. He kept his flashlight on the suspect but assisted his neighbor with the citizen’s arrest until police arrived.

The home intruder, Monte Hill, 30, suffered a gunshot wound to his stomach and is still listed in serious condition. He’ll likely survive after undergoing some extensive surgery but he sure won’t make that mistake again. Prosecutors have filed charges ranging from burglary to armed criminal action.

Obviously, taking a gun into a stranger’s home with any provable intent to do harm is considered a violent felony. His bond is set at $74,000 but there’s little doubt he’ll be laid up for awhile in the hospital before that happens.

One really cool aspect of this case is that the homeowner was able to work with his neighbor to ensure cooperation with police. Kansas City police showed up about ten minutes after the 911 call was made. Arriving around 2:30 to 3:00 a.m., it’s good to know who’s the good guy and who’s the bad guy.

That’s why it counts to live in a great neighborhood. Good neighbor award and definite ninja skills on behalf of the homeowner.

This also highlights why having a home security system is so important. While we always advise homeowners to keep a gun nearby, having an alarm system can act as a first line of defense.

Knowing there’s a threat there is the first step to responding to it.