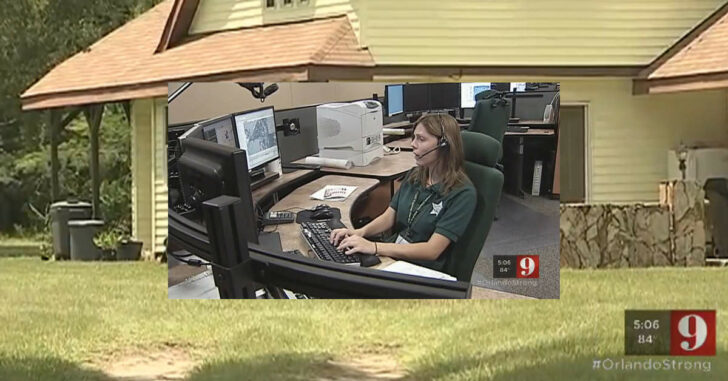 MARION COUNTY, FLORIDA — When a woman heard a knock on her kitchen window, she likely never anticipated it would be the former owner of the house returned. She didn’t recognize the man and told him to leave. That’s when he decided to break in through her front door. She retreated to her bedroom closet, retrieved her .22 handgun and sheltered in place. The man pursued her and once reaching the bedroom, removed his own sodden shorts before advancing towards the bedroom closet. She shot him once in the stomach and he laid cowering in his own feces until police arrived.

WFTV 9 confirmed that the man had lived at the residence for 12 years but there’s still no word on why he showed up again, why his shorts were loaded with defecation, and what inspired this dramatic break-in. One thing we can all be grateful for is that the woman armed herself.

If he had a hard time holding onto his feces before, it’s only get worse because he took a bullet to the gastrointestinal tract. The wound is non-life threatening but we don’t envy the EMTs and police officers that had to handle a poo-covered intruder with a critical injury.

The suspect’s name is Victor Alex Etherington, 27, and after he recovers, he can look forward to a stint in Ocala County lock-up while he awaits trial. No word on whether his irritable bowel syndrome magically recovers itself in that crowded space but for his sake, at least, he better hope it does.

This is seriously a case of someone who must have been whacked out of his mind. It doesn’t have the make or feel of a well thought-out burglary or anything of the sort. He’s listed in two news reports as a burglar and he’ll likely be charged for attempted burglary but this really appears like someone who went off his meds or took too much candy from strangers.

Authorities are attributing the man’s actions to severe intoxication.

In either case, the homeowner did the right thing. She told the man to leave and when he broke in, she sought shelter and armed up. When the moment of truth arrived, she obviously aimed center mass and scored a direct hit. Thankfully, he figured out life wasn’t going to get any easier and hid in the corner covered in his own excrement.

What a way to get internet famous…