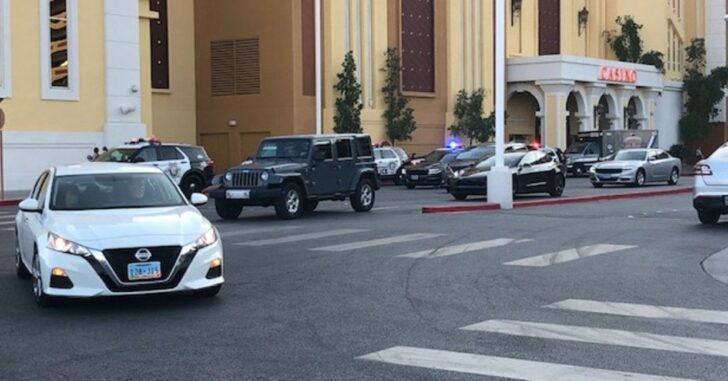 LAS VEGAS, NEVADA — A man is dead after police say he pulled out a gun and pointed it at multiple people in the valet area of South Point Casino.

He kept brandishing a handgun and then pointed it at two security guards outside of the building, the Review-Journal said. He allegedly refused to drop the weapon during the stand-off with security officers. The officers then fatally wounded the man, police said.

A press conference was held later on Sunday, and Metro Police Lt. Raymond Spencer spoke highly about the security officers who stopped the man from doing any harm, while maintaining concern for the innocent people in the areal.

Those security officers showed a tremendous amount of strength due to the fact that there were concerns for their backdrop, being the valet area of the hotel,” Spencer was quoted by the Review-Journal.

Most, if not all Las Vegas casinos have armed security, which will usually provide a quicker response to an incident such as this verses the police. The absolute quickest response, however, is an armed citizen in the area of the trouble.

I’m not saying that an armed citizen should engage the suspect, but I am saying that we need to be prepared if the armed suspect started attacking and shooting innocents bystanders.

Previous article: Man Shoots Woman In Self-Defense After Inviting Her Over. She Just Wanted To Rob Him. Next article: Guess What The Top 5 Guns Sold In Your Area Has Been So Far In 2020