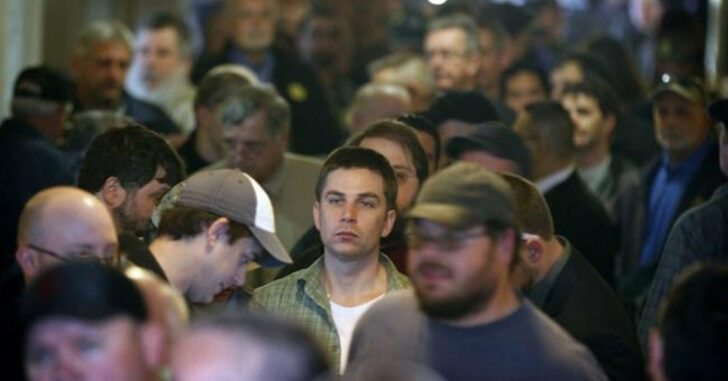 PROVIDENCE, RHODE ISLAND — Rhode Island legislators are patting themselves on the back after drawing yet one more fictitious line in the sand around the safety and security of children in Rhode Island schools. Of the 3,600 legally registered concealed carriers in the State of Rhode Island, a new bill would effectively stop any of them from legally coming to the aid of their own children in the event of a mass shooting or similarly related terrorist event.

According to the Providence Journal, Sen. Harold Metts, D-Providence, proposed a new bill which would only allow for “peace officers” to enter the premises of Rhode Island schools with a firearm.

Michael O’Neil, a lobbyist for the Rhode Island 2nd Amendment Coalition, drew attention to the fact that setting up “gun free zones” really only means restricting the movement of law-abiding citizens. Terrorists or those seeking to harm children would likely not be deterred by such signage.

“They are in the country, and they are coming this way,” O’Neil said. “We really have to protect our children, and a gun-free zone will not do it. It only stops the law-abiding citizen.”

Lurking in the background is the ever infamous Moms Demand Action, always looking towards just one more way to take guns away from people and make it just that much more dangerous for normal everyday people to go about their business while legally armed and concealed.

It’s Rhode Island, so once this bill finishes passing through the Senate, it’ll likely walk through the House and right onto the governor’s desk. Increasingly states are being segregated into those that will stop at nothing to restrict the Second Amendment and those that believe that a well-armed, well-educated populace is the true key to security.

The problem with legislation like that which is being proposed currently in the Rhode Island legislature is the inevitable position you’re placing the law-abiding gun owner. Now, he or she is being forced to make a decision to preserve and defend life OR abide by the letter of the law. That is a dangerous place to put any human being, let alone one with the inalienable right to defend him or herself, family, and property. Best of luck, Rhode Island.

For the rest of us — carry everyday and don’t put up with legislators cake-walking through another piece of fluff legislation meant to score points for a re-election. Stay active in your local and state political spheres. That’s the only way to ensure that your freedoms are preserved truly and honestly.

Previous article: Irresponsible Gun Owner 'Traumatized' After Gun Goes Off During Swim Class Next article: #DIGTHERIG - This Guy and his Kimber Ultra Carry II in a Handmade OWB Holster