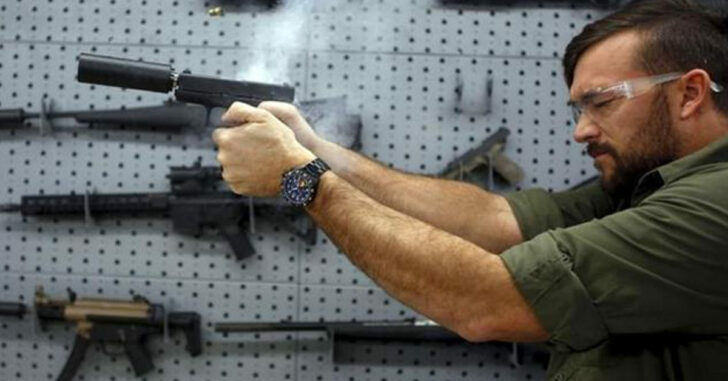 We truly live in interesting times, people. When there’s generations of people who have never grown up under the guise of ever fearing for their mortal lives or, worse, have become complacent with the idea their attacker will show them and their family any mercy, we end up with a recent piece like what was recently published in the Huffington Post. Long divorced from any semblance of the real world or what happens to people when they’re attacked, we have no shortage of Ivory Tower prescriptions for a society that is increasingly gearing up and training for self defense.

Published in part, via the HuffPo Hug Shed

The main problem with the notion of self-defense is it imposes on justice, for everyone has the right for a fair trial. Therefore, using a firearm to defend oneself is not legal because if the attacker is killed, he or she is devoid of his or her rights.

Actually, the use of force is completely is legal. Every single state in the United States has specific codified law (you know, rule of law?) designating precisely when and where and under what conditions the use of deadly force is authorized. Maybe the writer has not familiarized himself with these terms but concealed carriers are obliged to know those conditions should they need to employ deadly force.

In addition, one’s mental capacity is a major factor in deciding whether a man or woman has the right to have a firearm. There are two reasons for ensuring mental capacity. First, one of the Five Aims is to ensure domestic tranquility and there can be no tranquility if one does not have the capacity. Second, if one’s brain is distorting his or her reality, they do not have the proper reasoning and deduction skills to use a firearm.

When a human being is placed into a perceived life or death situation where the application of deadly force would apply, his brain is flooded with a hormone called cortisol. This will alter the shape of the crystalline lens of the person’s eyeball so he has better visual acuity at longer distances for detecting threats but it will also impair his short term memory while it remains at elevated levels.

This process can take 72 hours or more. A life or death situation will permanently alter your brain chemistry and your physical body, as one NRA instructor, Ed Santos, recently informed me during an interview I conducted on his experience with concealed carry instruction. He’s been teaching for over thirty years for law enforcement, military, and civilian audiences and he’s also a professionally certified expert witness on the after-effects of a defensive gun use.

Therefore, if we ponder and meditate on the recent events in news about guns, it would be obvious that the current state is incorrect.

We’ve literally disconnected from the concept of using logic and reason to illustrate out our arguments. I’m not sure where this precisely occurred but it appears now, more than ever, that the people informing us on how we should feel about an issue — based upon irrelevant, fallacious arguments — are no longer concerned with attempting discussion. It is now, quite simply: “I’m sure you’ll all agree that removing your basic right to defend your life is for the best.”

I fear for the future where people such as the writer of this recent HuffPo piece are allowed to make or influence any policy decision governing the lives of millions of people.