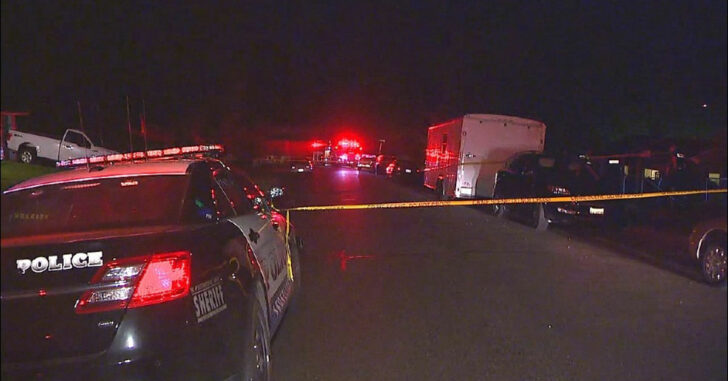 SHORELINE, WASHINGTON — A family that trains together, fights together. This is the take-away lesson after a homeowner was forced to open fire on an intruder who was smashing his windows and attempting to advance towards him. His two daughters and his wife were able to scramble and take up defensive positions in the bathroom while their father headed off the bad guy at the pass. His eldest daughter called 911. The police arrived just in time to recover the bad guy who was allegedly someone living in the same neighborhood as the family.

The father had been adamant, according to KOMO News, about getting his family prepared to deal with real-life emergencies. Who knew it would pay off so well?

That’s what happens when you train to work together. We have absolutely no idea what situations we’ll be faced with as a family, but it pays to have a plan and to practice that plan.

This is a household that takes each other’s lives seriously.

The bad guy, in this case, was screaming profanity and throwing the family’s lawn furniture through the front window and smashing glass. When he attempted to advance towards the father, the father discharged two rounds — one striking him right near the femoral artery in his thigh.

The suspect lost a considerable amount of blood before police were able to apply a tourniquet to him. He was evacuated to a nearby medical facility where he is believed to survive his wounds — to hopefully stand trial.

If this neighbor was a threat before or had just decided to become one out of the blue is not known. Is this the type of personality that would heed a restraining order? More importantly, if that father had not been armed and prepared to defend his family, would the assailant have shown him any mercy?

These are questions that plague the mind of he who acknowledges his assailant has the right to destroy his property, smash his windows, and threaten the lives of his family.

For those of us who are responsibly armed, have a home defense plan, and actively engage our family members to take roles in that plan, we will find that our chances of prevailing against the nutjobs of this world will be a bit easier.