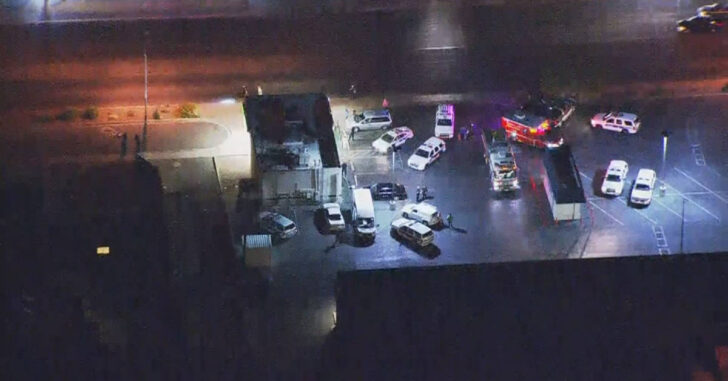 PHOENIX, ARIZONA — Cesar Garcia Bermudez, 35, must have thought a Mexican restaurant would be easy to knock off. Sounds simple, right? Bermudez couldn’t have been more wrong. Phoenix police recall recovering his critically wounded body in vicinity of the Taco Mich on 27th and Camelback Road.

As KPHO reports, witnesses recall that Bermudez robbed the Mexican restaurant before being fatally shot by one of the employees. Apparently, people don’t like to get robbed at their place of work — who’d have guessed?

Staying armed at work is extremely important for both gun owners and concealed carriers. Arizona is a permitless carry state but there are processes for gun owners to gain a concealed carry permit. Additionally, in the state of Arizona, bystanders are free to jump in and use deadly force to stop violent felonies — armed robbery falling into that caveat.

This makes Arizona an extremely dangerous state to be in if your criminal enterprise revolves around using weapons or firearms to coerce others.

Food for thought, you may want to consider sunny California for your next armed robbery location. Not only do they have to now register a background check in order to purchase ammunition, the state is completely okay with railroading any federally constitutional right it deems could potentially better arm and equip its citizenry to fight back.

But, whether in Arizona or California, gun owners do have a unilateral right to stay armed at their place of business.

It’s a dangerous world for criminals and — outside of states that are continuing to pass direct legislation to impede the dutiful ownership and carrying of guns — it’s only getting more dangerous.

Responsible daily carry, especially at work, is extremely important. This is a place where we are extremely vulnerable whether we’re working a retail job or within the confines of an office. Stay armed, follow the law, and maintain great situational awareness. Carry on!