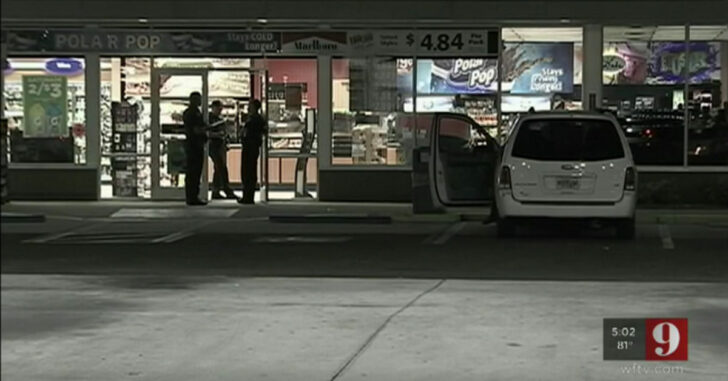 ORLANDO, FLORIDA — A convicted felon with a criminal record longer than a roll of toilet paper pulled a gun out on a man at a gas station after the two allegedly got into a verbal altercation. That felon just happened to pick the dude with a license to carry concealed. And that’s when things turned real bad for Delvin Jamar Broner, 36. The concealed carrier was well within his rights to draw his pistol and shoot the armed felon based upon Florida’s Stand Your Ground laws which do not require a person to retreat so long as he is in a place where he has every right to be and feels threatened.

“I don’t know what I would have done is someone had pulled a gun out on me like that,” said a witness. “He’s alright then right? That’s the law. Zimmerman pulled it off.”

While we wouldn’t necessarily use the Zim-Zam to condone or advocate for someone else’s completely unrelated case, it is refreshing to see that concealed carry license holders are taking their responsibility seriously. Carry everyday and, in Florida’s case, defend yourself if you feel it is warranted.

However, we’d like to point out another recent situation where a concealed carrier and another guy got into a shoot out at a gas station. Both were wounded severely. That situation was a bit more sketchy than the sounds of this one but the point is the same. If you see a fight escalating, three basic principles to take are this:

Police are still investigating the crime scene but initial reports suggest the concealed carrier immediately contacted 911 and cooperated with police over the course of the investigation. It sounds like this guy did everything that was within his rights to do and responsibly at that. Best of all, he was able to walk away afterwards. In a defensive gun use situation, that’s the best anyone can hope for.

Carry everyday, know when to Stand Your Ground and when its prudent to retreat, and keep on being responsible.

Previous article: Use of Force: The Necessary Will for Armed Self-Defense Next article: Armed Citizen Ends Manhunt After The Man Running From Police Winds Up On The Wrong Property