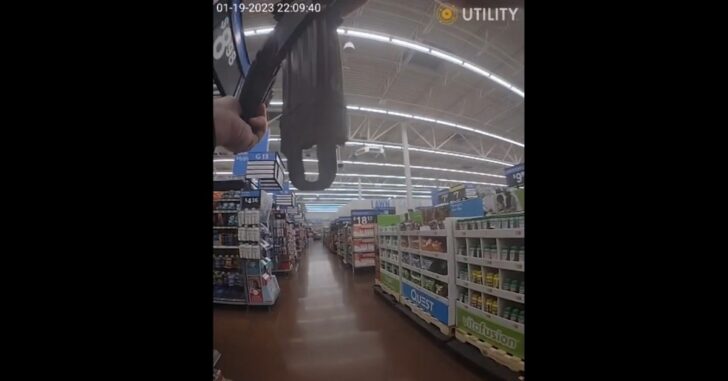 EVANSVILLE, KENTUCKY — An active shooter situation on Thursday at a Walmart in Evansville, Kentucky, was brought to an end when responding law enforcement shot and killed the alleged attacker, according to multiple reports.

The suspect, Ron Mosley Jr., 25, reportedly had already shot a woman before he was killed. According to WEHT, police arrived on the scene within 4 minutes, which may very well have saved more lives.

A reported seven Evansville Police Department members and one Vanderburgh County Sheriff’s Deputy changed fire “inside and outside the building” with the suspect, according to WEHT.

Released body cam footage shows the officers’ response to the threat. You can view it below. As you might imagine, the content is extremely adult, and while no one is shot on camera, we still urge viewer discretion.

“We can’t imagine what the witnesses and employees and customers inside went through,” Officer Taylor Merris, Evansville Police Department, said according to WEHT.

“Our hearts are with them. But without the bravery and professionalism of our department, there could have been a lot more lives lost last night.”

According to WEHT, Mosley was a previous employee, and the woman who was shot is an employee. Mosley was arrested at Walmart May 2022 and charged with four counts of battery. He reportedly plead guilty and was sentenced to mental health court for a year.