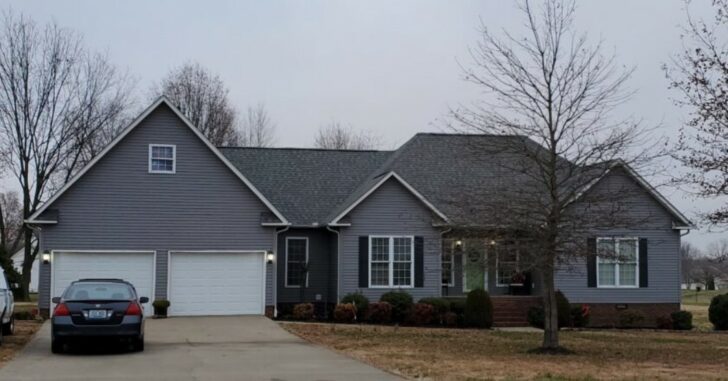 MAYFIELD, KENTUCKY – Kentucky State Police are investigating the shooting deaths of a married couple and their two sons that occurred overnight on Saturday.  The bodies of all four were found in their Smith’s Lane home in Mayfield community on Sunday morning.

The deceased were identified as Kyle Milliken, his wife Ashley, and their sons Kyle, 13, and Kycohn, 8. Autopsies were conducted on Monday, with preliminary results indicating that all four deaths were from gunshot wounds. At this time, police believe that it was a tragic case of murder-suicide carried out by the husband and father.

Only hours before, Kyle posted to his Facebook page, apparently referring to domestic issues with his wife, Ashley.

He wrote, “My kids are my everything, a women can come and go. If she is not happy You can’t make her happy! A lot of the time she was going to do it anyway, but when u pick someone up and carry them for years and she still betray you, what do you do?”

Chad Lamb, the family’s pastor, spoke with a local media outlet, saying “It’s just heartbreaking for the community. It’s a well-known family — well-respected family on both sides of their families that they come from. Our community is just grieving right now.”

Domestic violence is one of many societal issues in the United States. Nearly half of all female homicide victims died at the hands of a current or former partner. Even more shocking are the statistics indicating that 80 percent of all children killed in mass shootings (four or more fatalities excluding shooter) between 2009-2018 resulted from family or intimate partner violence. It is also important to remember that domestic violence has no boundaries with regard to age or gender…men can also be victims of abusive female partners, and parents can be victims of abusive children of any age, sometimes as young as 5 or 6.

Sometimes the violence is in the form of a sudden act of rage that no one anticipated, but more often it is years, even decades, of intimidation, verbal humiliation, emotional and/or physical abuse. Many victims are too scared to tell anyone about it or seek help from law enforcement or domestic violence prevention groups in the community. Fewer yet take any kind of self-defense measures, such as attempting to get out of the situation, taking self-defense training or purchasing defensive tools such as pepper spray, tasers, or a firearm.

If you are a current or past domestic violence victim, a concerned family member or friend, or a person who is abusive and wanting to change, you can call the National Domestic Violence Hotline at 800-799-7233 to speak with a trained professional who can assist you. Their website is at www.thehotline.org.

Previous article: Attempted Robbery of Corrections Officer by Pair Results in Death of One Suspect and Arrest of the Other Next article: 8-year-old Boy Killed By BB Gun While Playing With Friend